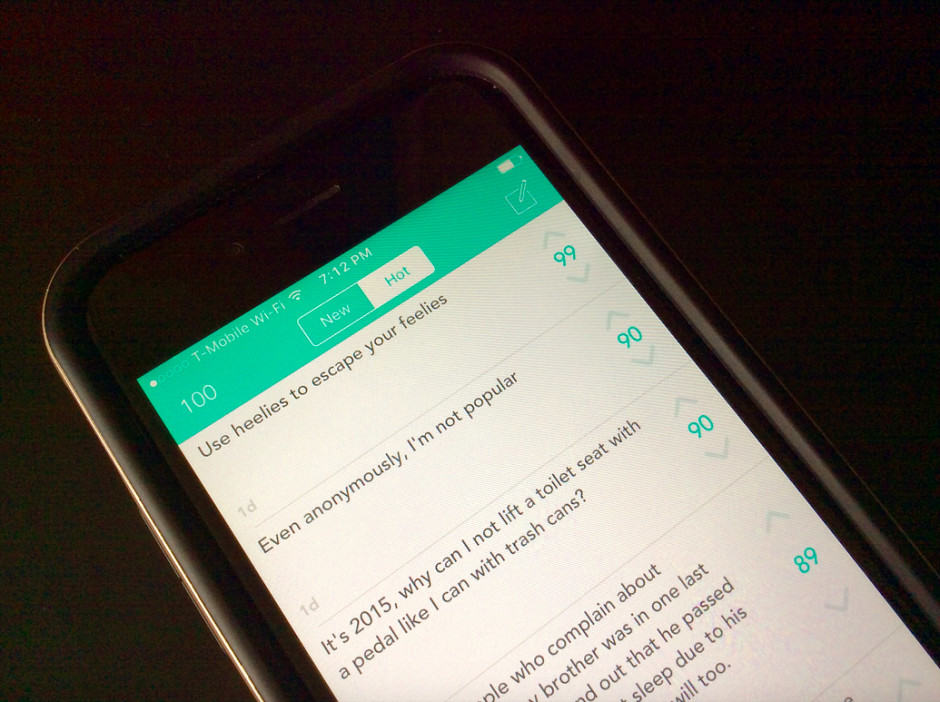 Now you can anonymously share photos in your Yik Yak feed. Photo: George Tinari/Cult of Mac

Yik Yak, the popular social networking app around college campuses, now lets users post photos in addition to their regular text posts. Being that the app relies on anonymous submissions, photos could significantly complicate that, so here’s the catch: you can’t post any photos of faces.

The team announced the news today on its blog. Photos will roll out to all users over the next few days as two separate implementations. When browsing your local feed, you can view thumbnails of the photos other people post along with their comments. When you’re in the Explore section of Peek, which lets you jump around to other areas of the country to see posts there, Yik Yak displays photos much larger or in a grid.

For primary use, no faces are allowed in the photos to keep it anonymous. And don’t even think about any other body parts or illegal stuff – those aren’t allowed either. Keep it mostly memes and scenes. As Yik Yak eloquently puts it, “be the person your dog thinks you are and only submit the good stuff.” (Yik Yak will however allow faces in the Explore section, which opens up access to other areas of the country.)

Irrational and deplorable behavior often becomes a problem among apps with anonymity. To prevent faces or other scandalous photos, Yik Yak moderates photos as they’re submitted. The app has already taken on cyberbullying by blocking access around middle schools and high schools, as well as anyone under the age of 17.

Yik Yak said that they’ll be doing “a lot more with photos over time” so it looks like the news today is setting the foundation for bigger things to come. You can get Yik Yak for free on Android or iOS.