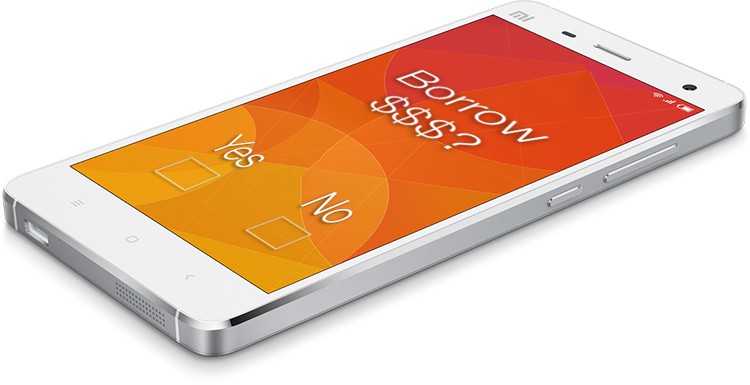 When your copying of Apple designs has led to you becoming the world’s most valuable startup, you can afford to loan out a bit of money.

According to a new report, controversial Chinese smartphone maker Xiaomi is set to take an unusual approach to the mobile payments business by lending users cash — which they can apply for via an app on their handsets.

It’s not yet clear whether the offer will only be available for Xiaomi customers, or will also extend to other brand users as well, but the amounts borrowable will reportedly stretch to CNY30,000 ($4,830).

Xiaomi apparently thinks the amount of outstanding loans will be valued at CNY2 billion by the end of the this year, and a massive CN75 billion by 2017.

Who knows, if it’s a success maybe Xiaomi will be the one copied by other companies like Apple and Google for a change.

Come on, Tim Cook, you can afford to lend us a couple of billion dollars, can’t you? Just until our payday at the end of the month…