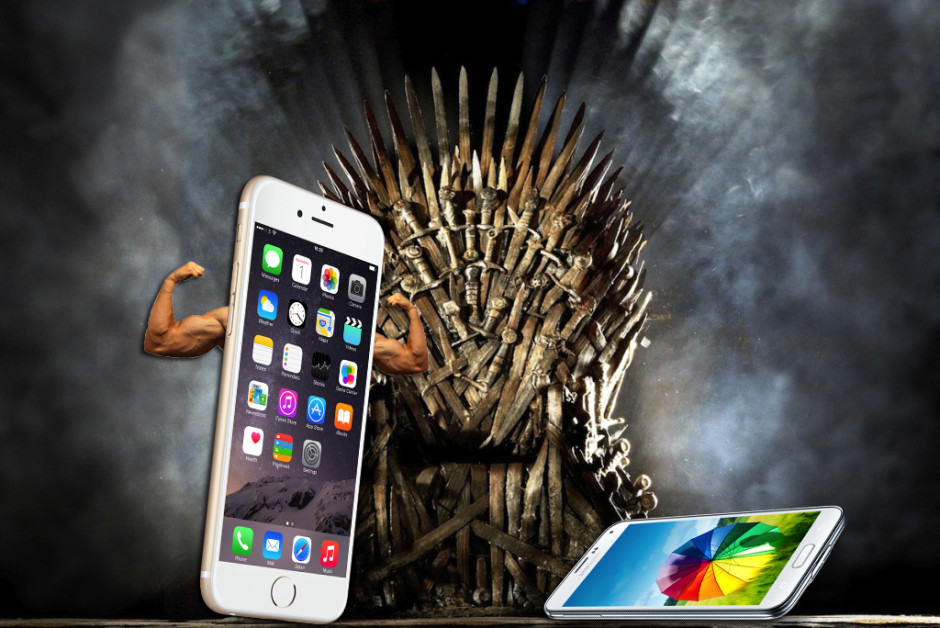 Apple is certainly winning when it comes to the Game of Phones. Photo: HBO/Cult of Android

After the disaster of the Samsung S5, Samsung was counting on the Galaxy S6 to lead its way back to the top — with some people even throwing around terms like “iPhone killer” as a description of the new flagship handset.

According to a new report, however, the next-gen Samsung Galaxy device is faring even worse than its predecessor — boasting sales of just 10 million units so far, which is about what the iPhone 6 managed in its first weekend.

It all adds up to a massive strategy fail on Samsung’s part.

So far a Korean news source has pegged the S6’s sales as 1 million units fewer than the S5 managed during the same period last year.

According to a follow-up research note newly issued by investment bank Oppenheimer the result is down to Samsung failing to provide any convincing reason for customers to go with its latest offering — even with its bolder-designed S6 Edge:

“When we look at Samsung’s flagship in 2015, the Galaxy S6 Edge, almost all of its differentiators fall back to hardware: a cutting-edge CPU, curved display, iPhone-like metal casing, front area fingerprint sensor, and camera with OIS. At the same time, we see little improvement in Samsung’s software user experience, and no value-added to existing Samsung users who are on prior generations of devices.”

It should be noted that Samsung’s President JK Shin has “firmly denied” that the 10 million numbers are true, although he has also not provided more accurate figures as a corrective. What is known for certain is Samsung’s stumble in China over the past year, while Apple’s iPhone sales have increased exponentially during the same period: 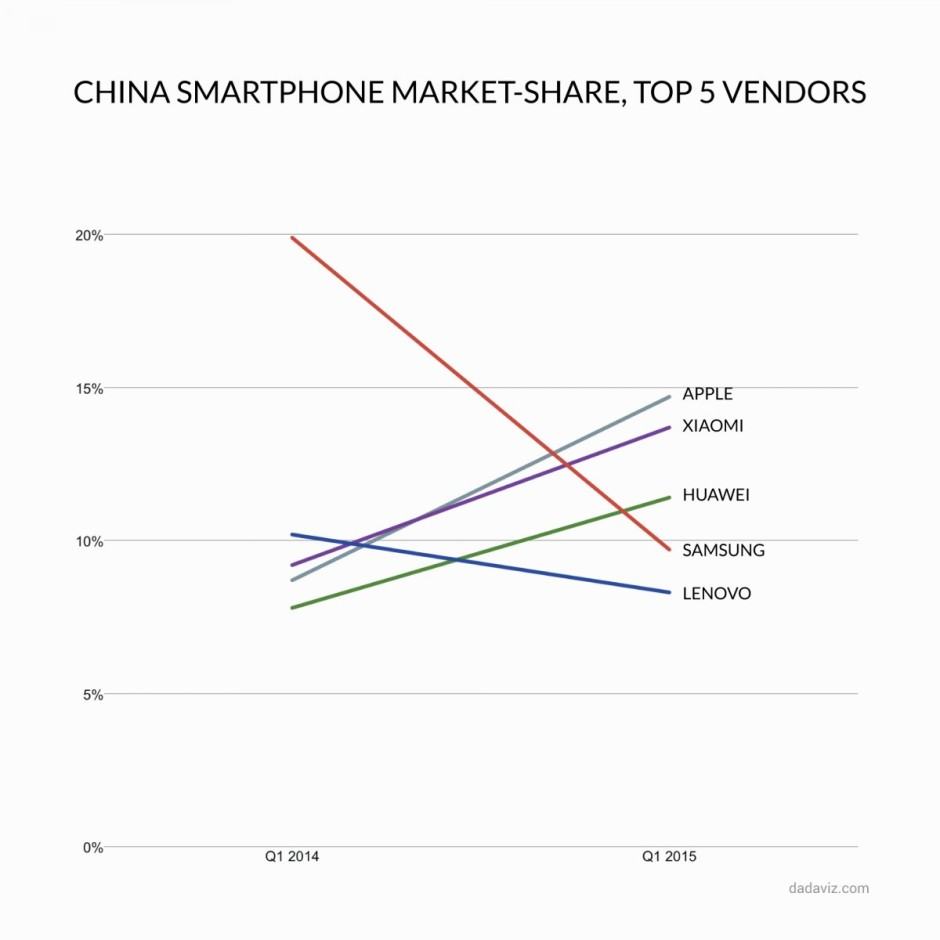 Last year, the failure of the Galaxy S5 resulted in the company posting dismal quarterly profits, numerous unsold handsets piling up in warehouses, and the firing of three top executives in the South Korean tech company’s mobile business.

These included Lee Don-joo, head of the mobile business unit’s strategic marketing office, Kim Jae-kwon, chief of the global operations office, and Lee Chul-hwan, who was previously in charge of the mobile R&D office.

If the S6 numbers prove correct, we wonder what the repercussions will be this time!