Facebook is taking on Square, PayPal, and Venmo with its own digital payments service. Starting today, Facebook Messenger will allow users to instantaneously transfer real money at zero cost.

Screenshots of an interface for sending payments in Messenger leaked last October, but Facebook has been quiet about the feature until now.

The way it works is pretty easy and frictionless. A new “$” icon in Messenger will let users send a dollar amount with a linked Visa and MasterCard debit card (no credit cards, unfortunately). Each transaction is authenticated with a PIN or the Touch ID sensor on Apple’s iOS platform.

Instead of partnering with an existing payments solution like Snapchat did with Square Cash, Facebook has built its service entirely from the ground up. That means your debit card info is stored on Facebook’s servers. Facebook already lets its vast user base buy things like games and gifts, so many users already have cards on file.

Facebook Messenger payments will start rolling out on Android and iOS in the coming weeks in the US. No international release has been announced. 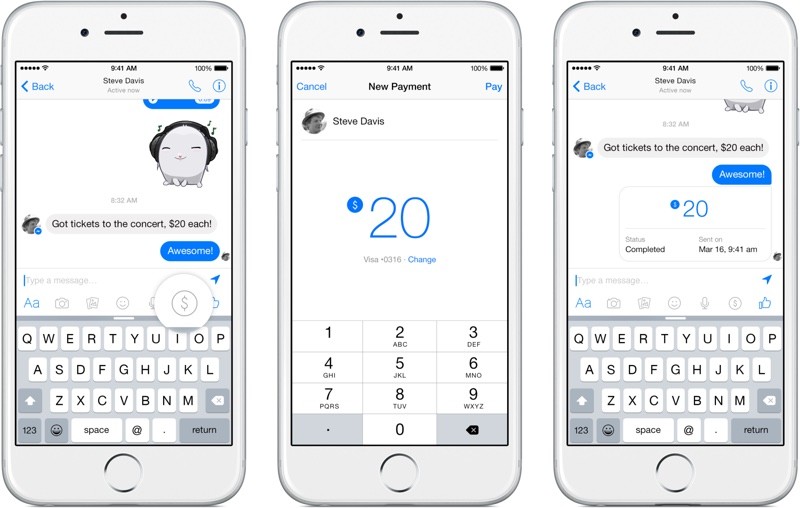 Send Money to Friends in Messenger from Facebook on Vimeo.