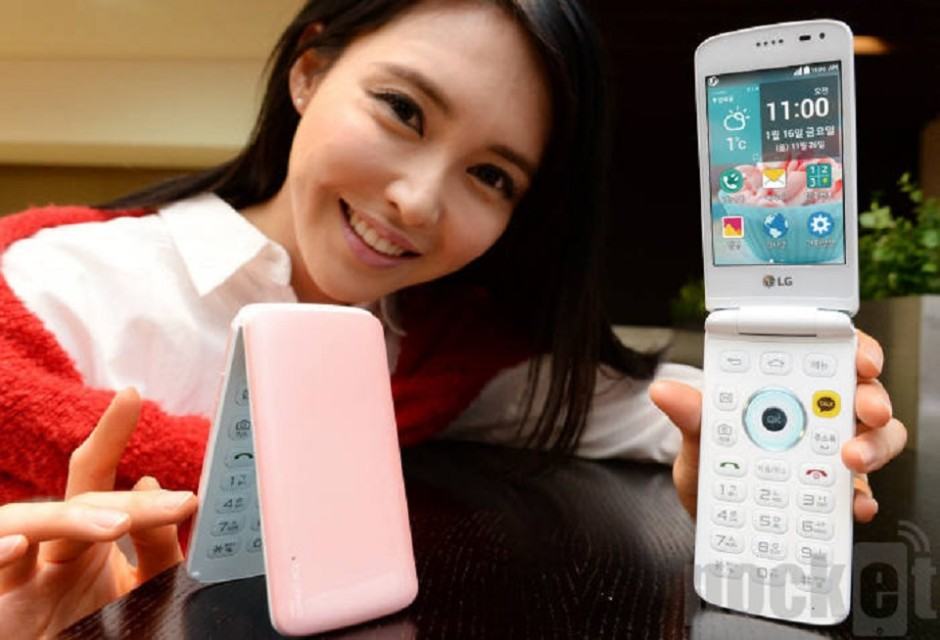 If only it had a QWERTY keyboard. Photo: LG

If you’re still missing your old clamshell smartphone but you couldn’t bear to be without Instagram and Facebook, LG’s new Ice Cream Smart could be just what you’re looking for. It’s an Android-powered flip phone with a physical keypad that runs all your favorite apps.

Android smartphones rarely come with physical keys anymore, but LG’s Ice Cream Smart has a whole bunch of them. It looks just like a traditional flip phone, but it combines a numeric keyboard with a touchscreen.

It’s a shame the Ice Cream Smart doesn’t have a QWERTY keyboard; there must be a whole bunch of BlackBerry users praying that someone would make a decent Android smartphone with physical keys that would allow them to finally switch.

But if you miss T9 texting, the Ice Cream Smart is ideal. Not only does it have number buttons, but there are dedicated keys for the camera, email, and Korean messaging platform Kakao Talk, plus a three for Android navigation.

LG hasn’t disclosed what powers the Ice Cream Smart yet, but we do know it has 8GB of built-in storage and will be priced at around $270. It’s unlikely the device will ever venture West, given the lack of demand for clamshell smartphones here, but you may be able to pick one up on eBay over the coming weeks.