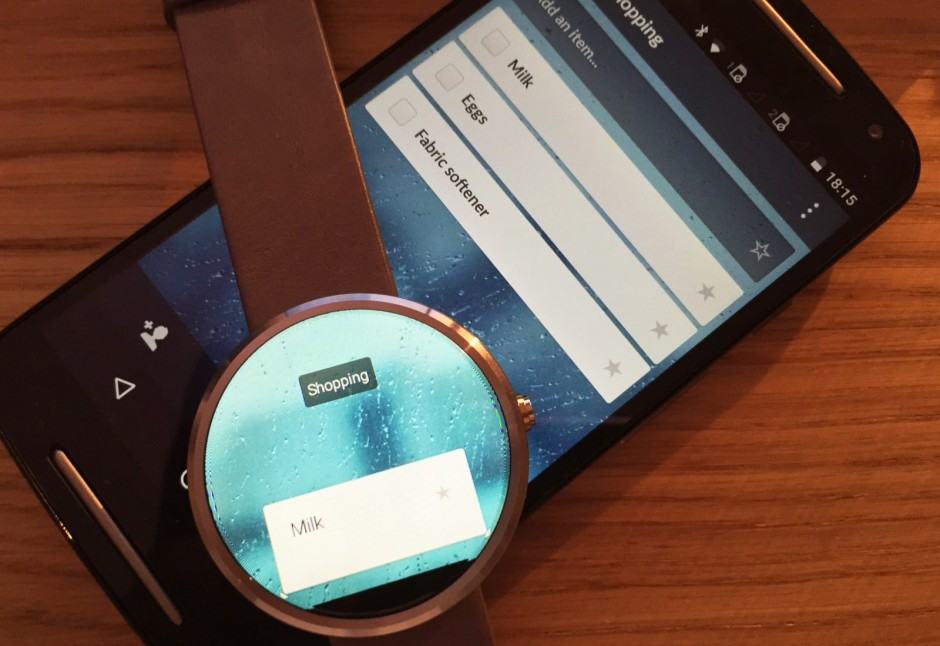 Wunderlist lists on the Moto 360. Photo: Killian Bell/Cult of Android

Wunderlist has today made its Android Wear component ten times more useful by allowing you to display selected lists on your wrist. It makes it incredibly easy to keep track of your tasks and to-dos while you’re on the go, and it’s super simple to use.

Wunderlist first added Android Wear support to its app way back in July, but all you could really do with it up to now was view your reminder notifications, or create new tasks using your voice. But now you can view lists on your watch, too — and that’s much more useful than you might think.

If you have an Android Wear device, you have a smartphone with a bigger screen — so why would you need to view your Wunderlist wrists on your watch? Well, let’s say you’re out shopping for groceries, and you’re pushing a heavy cart around. You don’t want to have to juggle your smartphone, too, but you need to see your shopping list.

Now, thanks to its latest update, you can just tell your watch to open Wunderlist, and your shopping list will be displayed, so you can see it at a glance.

Wunderlist will only display one list on your watch at a time, and you select which one it shows inside the settings menu of the smartphone app. Just make sure you’ve downloaded the latest version of the app from Google Play first.