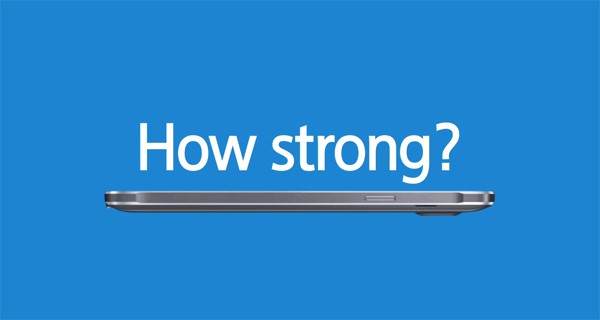 Samsung might be a company that likes to jump in early when it comes to attacking rival Apple, but it’s also more than happy to hang around to get the last laugh.

With the heat from Bendgate now dissipating, Samsung has released one more video trying to fan critics’ flames in the direction of Cupertino by showing just how strong the Galaxy Note 4 allegedly is.

Unlike a lot of the company’s ads, this one doesn’t specifically mention Apple or the iPhone 6 family of devices, but it’s pretty clear who is being targeted.

If only Samsung could put as much effort into high quality design/manufacturing for their own products as it does trying to steal customers away from Apple.