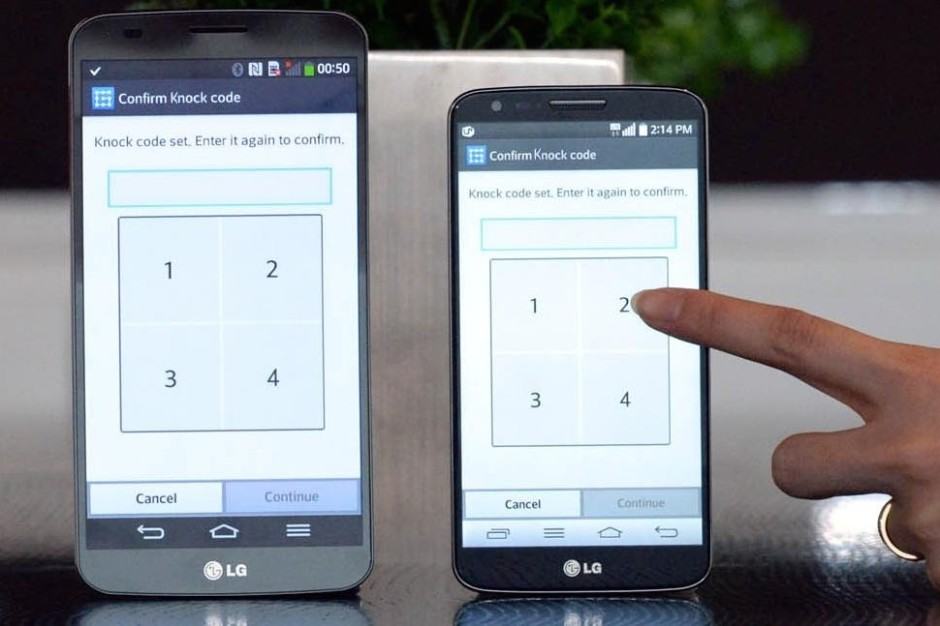 Sprint is currently in the midst of rolling out a rather significant update for its carrier-branded variant of the LG G2. The upgrade doesn’t bring much by way of bug fixes, speed optimizations or stability improvements, but it does bundle the revolutionary Knock Code functionality which shocked users when it made its debut appearance on the G Pro 2 back in February.

For those unaware, Knock Code is a development from the incredibly-popular Knock On function that made its debut appearance last year, it allows users to power on their smartphone by simply tapping on the screen of the G2 in any one of 86,367 different combinations — it’s effectively a more advanced version of Android’s traditional lockscreen pattern.

Knock Code is the only feature listed in the changelog, but that’s not surprising seeing as the G2 has been one of Sprint’s most updated and supported smartphones to date. The carrier rolled out Spark LTE support back in January and pushed out the hefty KitKat upgrade back in March. Clearly Sprint is serious about being the fastest operator in the United States to manipulate and distribute updates.

If you reside in the United States and own a carrier-branded variant of the LG G2, and have not yet received the OTA update, you can head into “Settings,” then “About Device,” and select “Check for Updates” to manually scan for the upgrade.