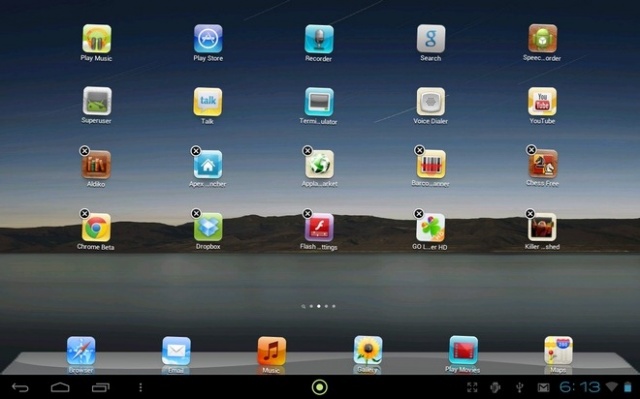 Espier Launcher HD is the closest you'll ever get to running iOS on an Android tablet.

So you just bought yourself a new Android tablet, and you wish you’d gone for the iPad. Well, that’s too bad. But you’ll be pleased to hear that you can still get your hands on the iPad’s home screen, thanks to Espier Launcher HD.

Espier Launcher HD, as you may have guessed, is the tablet counterpart to Espier Launcher, a tweak for Android devices that gives your home screen a makeover and makes it look as though you’re running iOS. The HD version, now available to download from Google Play, will make your Android tablet look just like the iPad — without that Retina display.

The tablet version boasts all of the great features that are built into Espier Launcher for smartphones, including multiple scrollable home screens, enhanced multitasking, the jiggling app animation when moving apps, and a whole lot more. Best of all, it’s completely free.

Once installed, your Android tablet will look like it’s running iOS, and it will also work in much the same way. Press and hold on apps to move them around and put them into folders, or to delete them; swipe up to reveal the app switcher, which includes all of the apps you’ve recently been running; and swipe left to access “Spotlight search.”

According to AddictiveTips, who tested Espier Launcher HD on an Acer Iconia A500, it works very well, save for a few minor glitches here and there.