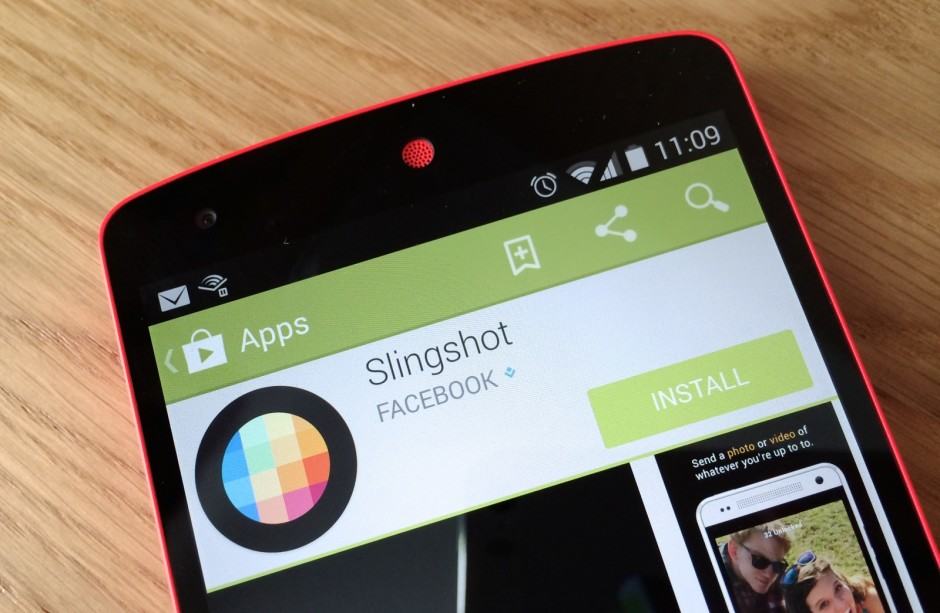 Slingshot, Facebook’s new Snapchat competitor, has today been made available internationally on Android and iOS. The free service, which first made its debut in the U.S. last week, allows users to send “shots” containing pictures or videos to each other — but only after they’ve sent a shot back.

Slingshot is Facebook’s bid to cash in on the popularity of sharing services like Snapchat, but it isn’t exactly a Snapchat clone. User can share shots that contain pictures and videos and they are automatically deleted after being viewed, but you cannot see those shots unless you’re willing to share one of your own.

When you receive a shot from friends, you first have to return one before Slingshot will show you what you’ve got. It’s annoying — particular if you’re being spammed by friends and you didn’t instigate the Slingshot session to begin with — but it’s Facebook’s way of ensuring you participate and keep using its service. You can’t just be a receiver.

Slingshot lets you add captions and drawings to your shots before you send them, and unlike Snapchat, it lets you screenshot incoming shots from friends anonymously. So if you want to save images you’ve received before they disappear, you can do so and the sender won’t know about it.

Slingshot is available to download now from the App Store and Google Play by following the links below.