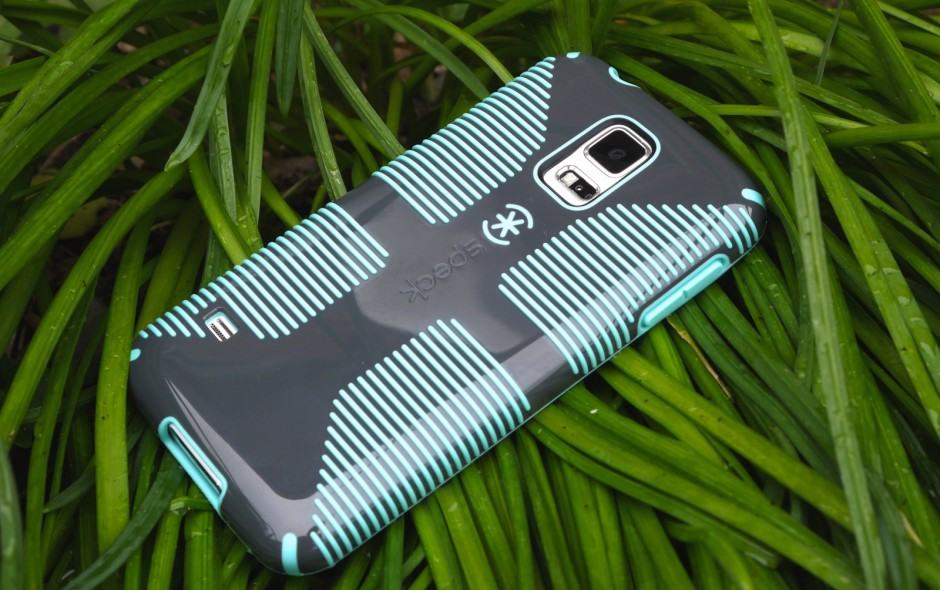 Need military-grade protection for your new Galaxy S5? That’s exactly what you get with the CandyShell Grip from Speck.

Its dual-layer design combines a hard, impact-resistant exterior with a shock-absorbent lining that doesn’t just protect your beloved smartphone from scuffs and scratches, but from those occasional screen-shattering falls as well. It also has textured ridges on its back that provide even the sweatiest of palms with plenty of grip.

The CandyShell Grip is available in a range of pretty colors — including “Shocking Pink” and Caribbean green — priced at $34.95, and it’s worth every penny.

If you’ve owned Speck cases before, you’re probably already familiar with their impressive design and build quality. Each one is robust and built to last, and the CandyShell Grip is no different. When your Galaxy S5 is tucked away inside this case, you know it’s in good hands. 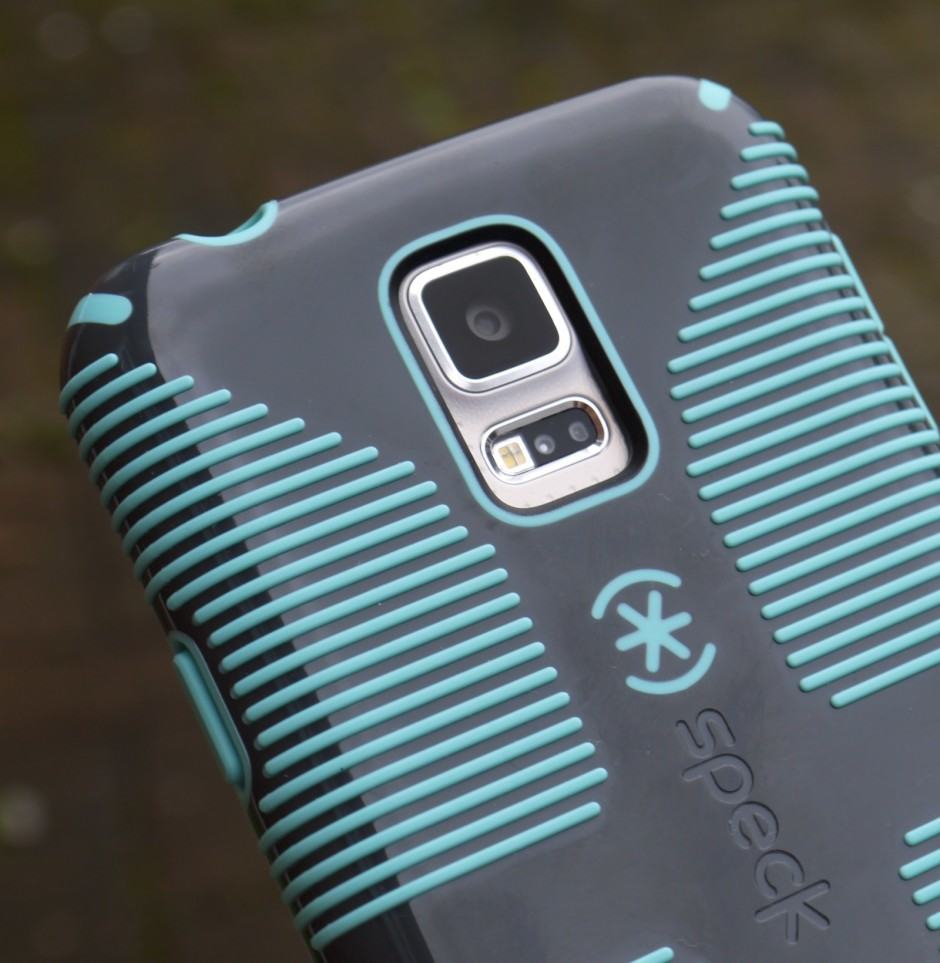 There’s plenty of room for the heartbeat sensor on the back.

Thanks to its hard outer shell and shock-absorbent lining, the CandyShell Grip will protect your Galaxy S5 from every angle when it needs it most. If you’re a clumsy person who frequently drops their smartphone, then this is the case you need to keep it intact.

There’s also a thick bumper that runs around the front edge of the case to protect your Galaxy S5’s display. It prevents your screen from making contact with flat surfaces when placed face-down, but it does not get in the way of the Galaxy S5’s Finger Scanner.

The CandyShell Grip also looks good, despite being a little bulky. Its colorful plastics combine with those textured ridges on its back to make it stand out — though there is a black/dark grey model for those who prefer something more subtle.

Those ridges also provide extra grip to help prevent accidental drops, and they make it easier to hold onto your phone when typing, taking pictures, and gaming. I find naked phones can sometimes dig into your palms during lengthy gaming sessions, but the CandyShell Grip’s smooth edges prevent that. 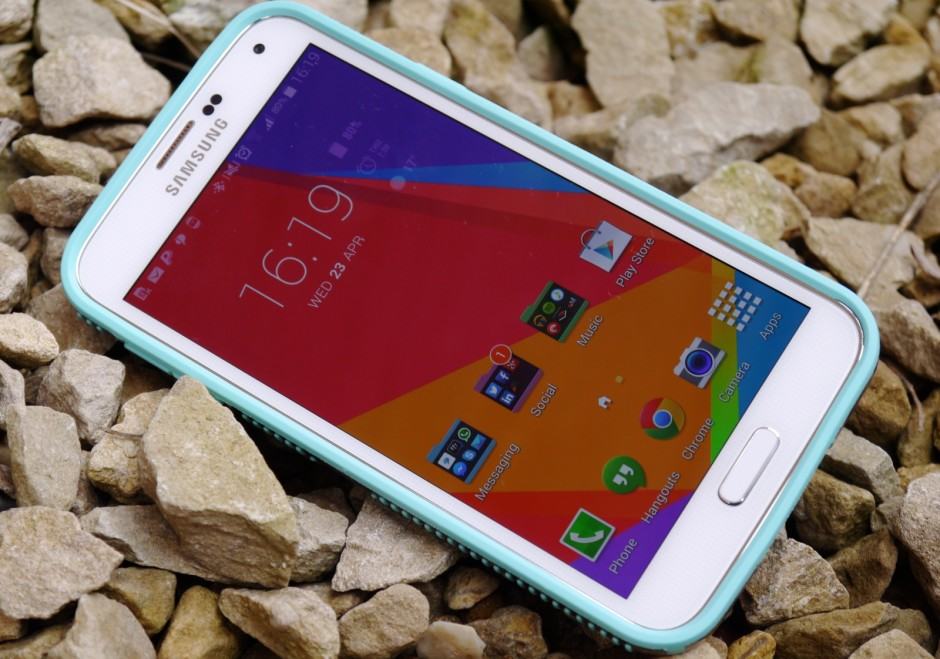 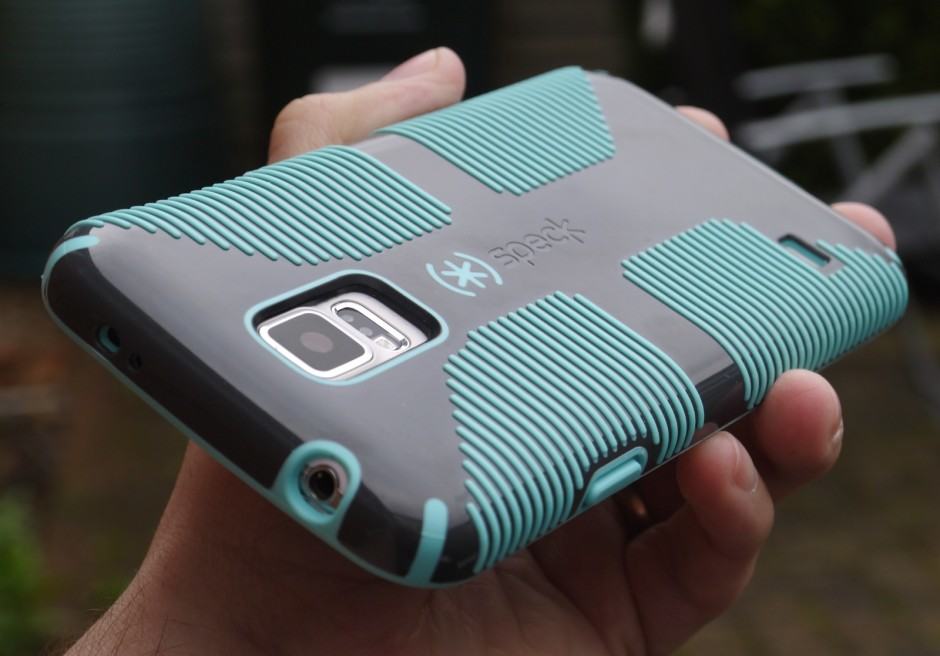 As much as I love those textured ridges on the back of the case, they can get in the way sometimes — usually when you’re slipping your device into or out of a tight pants pocket. If you’re a super cool hipster like me, then, this can sometimes be a problem.

I’ve been using Speck’s CandyShell cases for years with a whole range of smartphones, and I’ve been pleased with every single one of them. The Galaxy S5 model is no different. Not only is it attractive, but its military-grade protection gives you peace of mind and the assurance that your $700 smartphone isn’t going to get damaged.

It’s just $35, too, which is a small price to pay to prevent a nasty scratch or a shattered screen. And because it’s made by Speck, you know it’s going to last. If you haven’t already, go order this case.