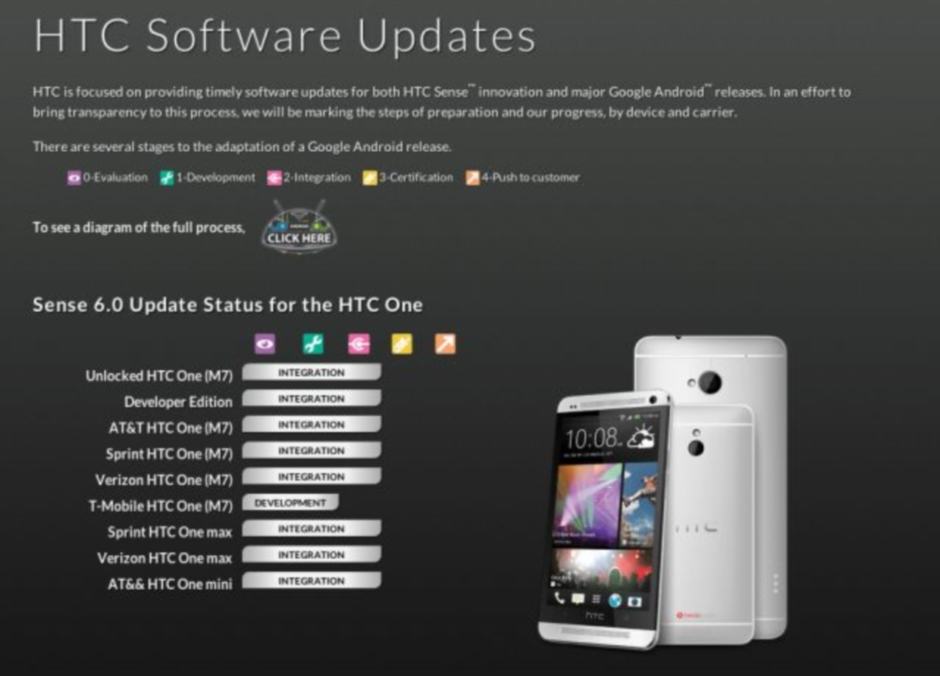 HTC recently started a website which would let users know when the Android 4.4 update for their smartphone is ready. This page has now transitioned into a dedicated Sense 6.0 update page allowing users to keep track of the status of the UI update for their 2013 HTC One series handset which includes the One Max as well as the One Mini.

The page currently shows that all the 2013 flagships from the company with the exception of the T-Mobile HTC One (M7) has currently finished development, meaning that users could soon expect an update to hit devices.

Sense 6.0 is a significant improvement over Sense 5.5 that’s currently running on all 2013 HTC flagships, so this will be quite a significant update for the users. And it’s good to see that HTC is keeping users in the loop all the way through the development process as well as the final rollout stages.

This could be a good example for third party manufacturers to follow with their flagship devices as customers are usually kept in the dark about update rollouts.