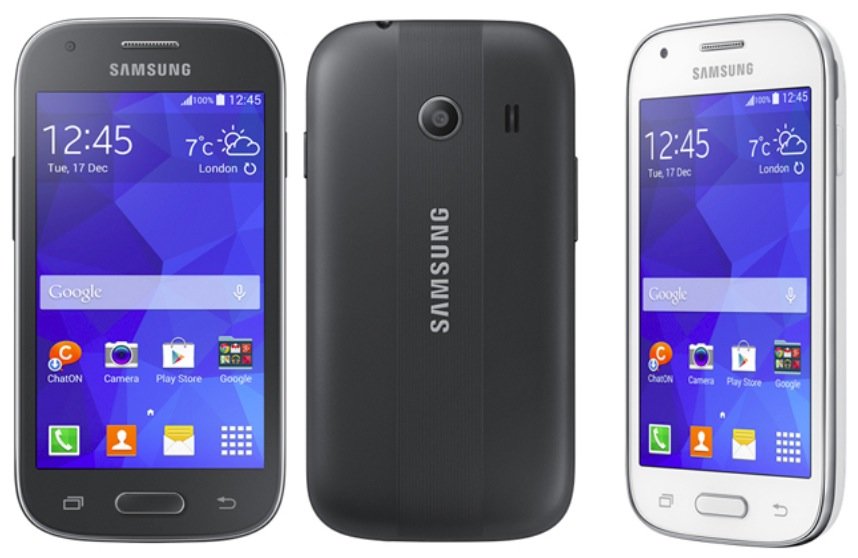 Samsung today made its new Galaxy Ace Style official after the device popped up in Germany late last week.

It’s a midrange offering that’s expected to be priced at around €200 ($275), and for that you get Android 4.4 KitKat topped with Samsung’s latest “TouchWiz Essence” user interface — the same software that powers the South Korean company’s flagship Galaxy S5.

For budget-conscious smartphone customers who have a thing for Samsung smartphones — and in particular the TouchWiz user interface that powers them — the Galaxy Ace Style could be an ideal midrange offering. It’s certainly not going to blow anyone away, but it has some nice internals.

Powered by a 1.2GHz dual-core processor and 512MB of RAM, the handset should have no problem running any app you throw at it pretty smoothly — though you may run into some struggles when playing intensive, high-end games. You’ll also have issues storing them with just 4GB of internal storage, but there is a microSD card slot for adding up to 64GB yourself.

The Galaxy Ace Style also boasts a 4-inch WVGA TFT display, a 5-megapixel rear-facing camera, Bluetooth 4.0, NFC, and a 1,500mAh battery that should easily get you through a busy day. 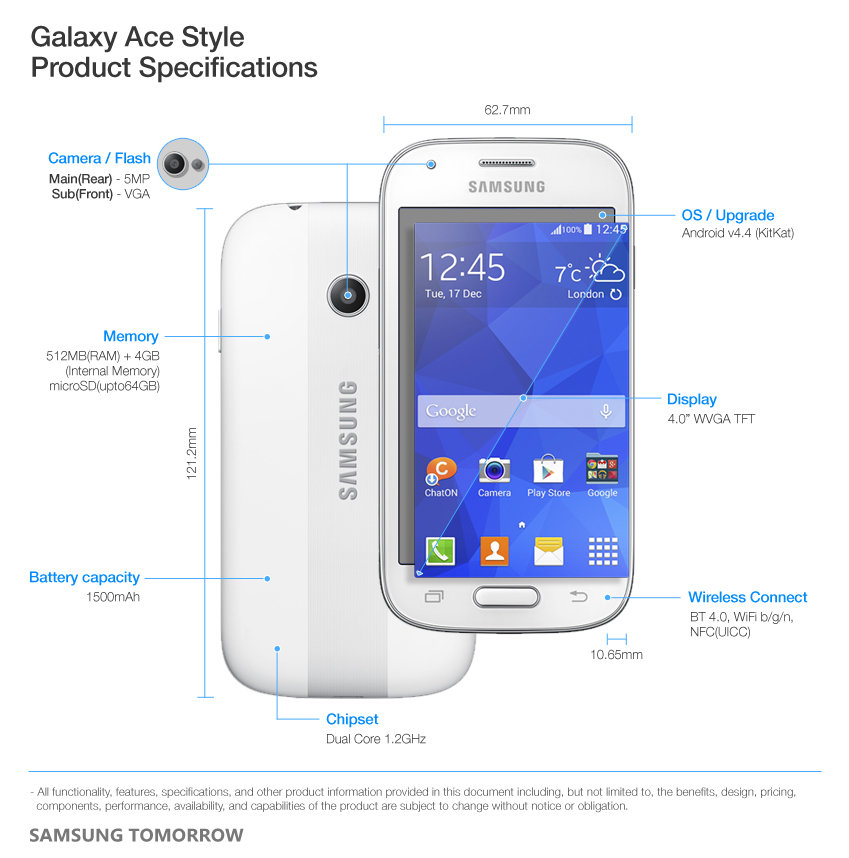 The highlight of this handset isn’t in the hardware, though — it’s in the software. It might be a midrange device that won’t break the bank, but the Galaxy Ace Style comes with Android 4.4 KitKat pre-installed alongside Samsung’s latest TouchWiz user interface.

So you get the same look and many of the same features that are making their debut on the flagship Galaxy S5 this week.

Not everything will be present, of course — some of the Galaxy S5’s feature rely on its hardware and won’t be available on other devices. But nevertheless, it’s nice to see a midrange smartphone launch with the latest Android software.

The Galaxy Ace Style will be available globally in Cream White and Dark Gray starting this month.