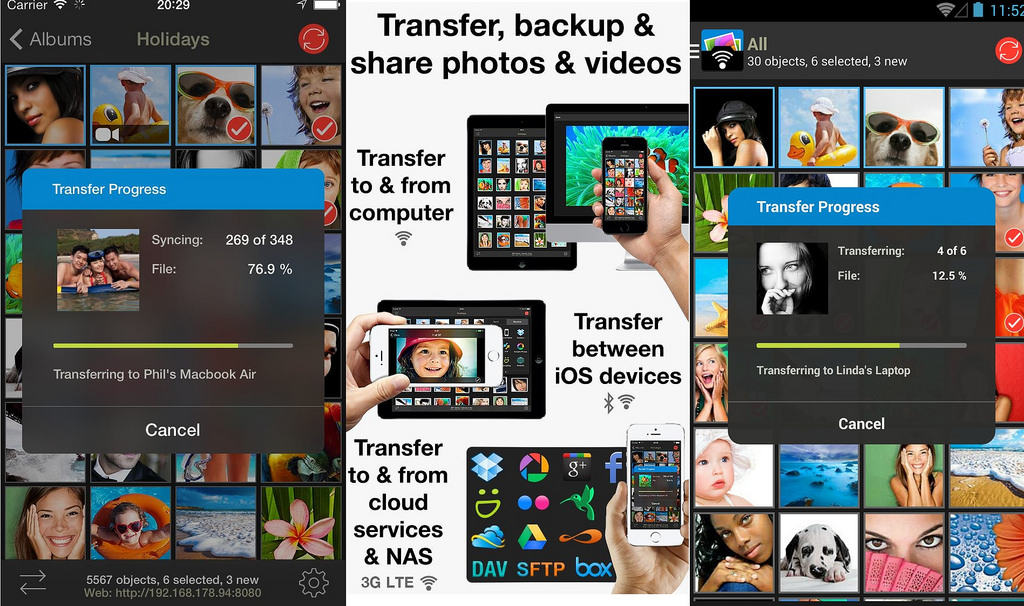 The most noticeable change is in the styling. PhotoSync never was the most beautiful of iOS apps, but now, with the loss of gradients and other gumdrop interface elements, it achieves a handsome minimality. It doesn’t hurt that you can now choose a light theme if you don’t like the dark one, and there’s also a new icon.

PhotoSync is also “optimized for iOS7 and the A7-chip,” with 64-bit support, although it was already lightning fast. And finally, you can now transfer to and from Android devices. I’d recommend “to,” unless you want to fill your pristine iOS camera roll with noisy, wrong-colored crap.

To recap, PhotoSync isn’t just for transferring pictures between devices. It can also send photos and videos anywhere (Dropbox, Google Drive, Flickr, Facebook, 500px SkyDrive, SmugMug, SugarSync, Zenfolio and more), or import media from most of the same places.

The desktop component is free, the iOS version costs just $3, and the Android version has in-app purchases.