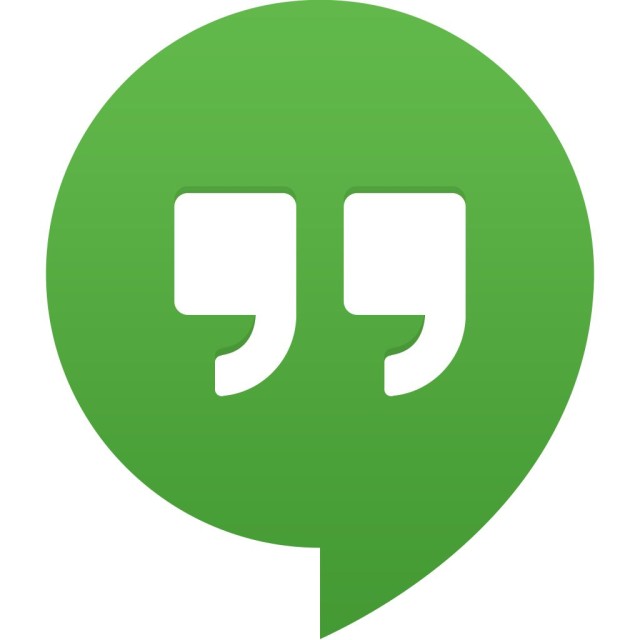 A dark cloud hangs over the future of mobile communication: the spectre of Facebook controlling it all.

It’s not likely, actually. But Facebook’s intention to purchase WhatsApp for $16 billion or $19 billion dollars (depending on whether you factor in the stock-based bonuses for WhatsApp employees) involved some scary-big numbers.

The biggest of these numbers happens when you add Facebook’s current user count plus WhatsApp’s projected user count (how many users Facebook believes the service will have if current growth rates continue). The number is: 2.3 billion users.

Of course, the number is pure B.S.

WhatsApp’s current growth probably won’t continue. Facebook’s current numbers are padded with duplicate users, fake users and non-active users. And there’s always going to be big overlap between WhatsApp and Facebook users — a dude who uses both is still just one dude.

Still, when I ponder the number of people likely to be using Facebook-owned services (WhatsApp and Facebook Messenger) for messaging compared to those using Google-owned Hangouts, I find myself astonished and confused. How did this happen? And what can be done about it?

The Rise of Messaging and the Death of Network Effects

Network effects is the idea that any social network (telephone system, etc.) increases in value with more users. The more users, the more valuable it is to additional users.

The telephone system used to be the poster child for network effects. For example, if you run a business, you have to have a telephone number. To opt out of the phone network is to opt out of business and society.

But then a curious thing happened. Facebook users, especially young Facebook users, decided that opting out of family and other conversations was a desirable thing to be actively pursued.

Trying to maintain conversations on a network where it’s not exactly clear who you’re communicating with, is unsettling. On the one hand, you make a post with a certain group in mind — say, a tight circle of friends. Then Mom chimes in with her comment. On the other hand, you make a post and nobody engages with it. Facebook only delivers your messages to an unknown minority of your social group in order to reduce News Feed “noise.” Are the right people seeing this? Are the wrong people seeing this? I have no idea who’s seeing this.

So there’s been an exodus of users from Facebook to places where network effect has no pull. These include sites like Snapchat and WhatsApp. And that’s why Facebook tried to buy both, succeeding with one.

Superficially, Hangouts should be more popular than WhatsApp. Both apps lets you send and receive SMS messages. Both are clean and well designed. Both let you chat either “live” or asynchronously. And by summer, both should enable you to make calls.

Hangouts has advantages. For example, it already enables phone calls, whereas WhatsApp has merely promised that for the future. And Hangouts is owned by Google and associated with Google+, so it should have more promotional juice behind its service.

But Hangouts is absolutely getting destroyed in the market. Mindshare and marketshare are incredibly low. And I believe there are many reasons for that.

In general, however, it’s a question of simplicity and clarity. WhatsApp wins because its clear and intuitive. Hangouts loses because its unclear and non-intuitive.

WhatsApp’s killer feature, ironically, is that it’s neither associated with nor dependent upon a social network. WhatsApp uses the Contacts app on your phone as your “social network.” WhatsApp gives users the feeling that they know who’s in their messaging “social network,” and that those people are the right ones.

Hangouts, on the other hand, defaults to grabbing social networks from Google+ circles. And this is one fatal flaw.

Now, I’m the biggest fan of Google+ ever. But even my Google+ circles are dominated by people I have no intention to send messages to. As a result, Hangouts is out of whack with reality:

1. I constantly get interrupted by strangers, sometimes ringing my phone in the middle of the night and waking me up. It’s confusing and non-intuitive to make the settings allow only those I want to hear from invite me to hangouts.

2. The people I want to connect with by Hangouts are usually either not on Google+, or not online and available to get my message. When I send someone a message on Hangouts, I have no idea whether they’re ever going to see it.

Hangouts gives users the feeling that they don’t know who’s in their messaging “social network,” and that those people are the wrong ones. It’s very unsettling.

How Hangouts Could Rule Messaging

In the wake of Facebook’s announced intent to acquire WhatsApp, and in advance of WhatsApp’s integration of phone functionality, Google has a tiny window to become the new hotness in messaging.

Here’s how Google could do it.

For starters, Hangouts appears to have the wrong mission or primary purpose. As far as I can tell, the purpose of Hangouts is to enable Google to be a player in the messaging space while simultaneously promoting Google+.

Instead, Hangouts should be aiming higher. Much higher. The mission of Hangouts should be to erase the barriers between email, IM, SMS, social networking and messaging and provide a single app that lets people communicate with each other without worrying about which “medium” they’re using.

In fact, Google has already half-done this. They just need to finish the job.

Here’s specifically what Google should do:

1. Fix Google Contacts. The original social network is the contacts database, address book or Rolodex. They’ve been around forever, and they’re simply a list of the people I want to maintain relationships with and all the information I need to contact those people. Google has allowed its Contacts service to languish. It’s slow, non-intuitive and entirely non-compelling. It should do a better job of merging contacts. It should also enable my contacts to change their own information — for example, when they get a new number, it the new one should just show up in my Contacts database.

2. Be agnostic about Hangouts’ contacts. When I install the Hangouts app, it should harvest peeps from whichever contact app I prefer. It should strongly default to my favorite app, but passively and in the background add the additional option to draw in Google Contacts and Google+ names with contact info.

3. Fix Google+’s arbitrary follow limitation. Google+ has always been the unlimited network — post message of any length, send to any person whether they’re members or not — do anything you want. Except, it has a weird, 5,000-user limit on who you can circle. I hate this limit. Every time I want to add someone, I have to go through the time-consuming process of selecting someone to vote off the island. Google forces me to sever contacts that I want to maintain every day. Even Twitter lets you follow as many people as you want. I just don’t understand why Google wants me to connet with fewer people than I want to connect with, and it makes me look around for a place where I can maintain my social network, which is bigger than 5,000 people.

4. Integrate SMS. Google Added SMS a few months go, but didn’t integrate it. A person’s Hangouts contact and that same person’s SMS contact are treated by Hangouts as two separate people. An integrated Hangouts would treat them as one person.

5. Do a better job of guessing who my people are. Google is the best company in the industry of harvesting social signals, then personalizing complex results. So do a better job with my Hangouts. Right now, if I go into the Hangouts app on mobile and type in a name — say, “John,” the first four Johns are people I would never message via Hangouts. The fifth is a famous person. More semi-strangers. Then waaaaay down on the list I find a smattering of Johns I might actually want to send a message to. Google needs to do a better job ranking people. For example, some of these low-ranking Johns are people in my “family” circle, or who I have emailed many times on Gmail. Why isn’t Google taking these signals into account?

7. Let recipients override generic sender defaults. Hangouts users should have the option to rank the order they get messages. They should be able to tell the system that they want all Hangouts messages to come to them as email. Or they want SMS first if they have the number, and Hangouts messages if they don’t.

9. Enable Hangouts On Air from mobile devices. It’s a great user feature, but this would be the Mother of All Marketing coups. Why? Because next time there’s a crazy political event, natural disaster or bizarre situation, users will live-broadcast it to thousands or millions and bring huge attention to Hangouts. It will become the live-video version of Twitter for breaking news events and better than YouTube for extreme videos — because it’s live.

10. Do a much better job of pushing Hangouts as a Skype alternative. TV commercials. Marketing. Make a big deal out of it, and get people using Hangouts for phone calls and video chats.

The end result of all these changes would be a new medium that everyone would know about. An agnostic one. A non-confusing and clear one. And that’s what Hangouts should be.

Google needs to zero-base the whole problem, and stop trying to be a messaging app that supports Google+.

Instead, Hangouts should realize that humans just want to use their phones to connect with people. And it shouldn’t matter what the medium is.

A simple-to-use app that puts users in control and that communicates across all media is not only something very appealing, but also something only Google can do. And that’s why Google should do it.