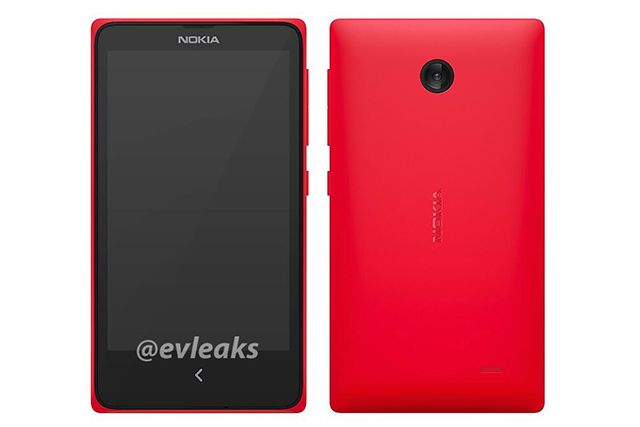 At this point, it is all but confirmed that Nokia is working on an Android powered smartphone, dubbed Normandy. The handset is expected to be unveiled at Mobile World Congress in Barcelona on 24th February sporting modest specs.

Now, thanks to @evleaks, the full spec sheet of Nokia Normandy has been revealed.

As leaks had indicated earlier, Nokia’s first Android powered smartphone is going to be targeted towards the low-end market and will sport some uninspiring specs.

This includes a dual-core Snapdragon processor clocked at 1GHz, a 4-inch screen with WVGA resolution and 512MB of RAM. Other notable specs of the handset include 4GB of internal memory, a microSD card slot, 1500mAh battery and a 5MP snapper at the back.

The Normandy is going to run a forked version of open source Android (a.k.a AOSP) that will look like a hybrid of the Asha and Windows Phone UI — as suggested by the leaked screenshots.

The most interesting tidbit from his leak though, is the presence of a Nokia store and a third-party store for access to apps. If Nokia ports some its ‘HERE’ series of apps to Normandy, there might just be a possibility of those apps running on other Android devices, provided they don’t rely heavily on a proprietary framework from the company.