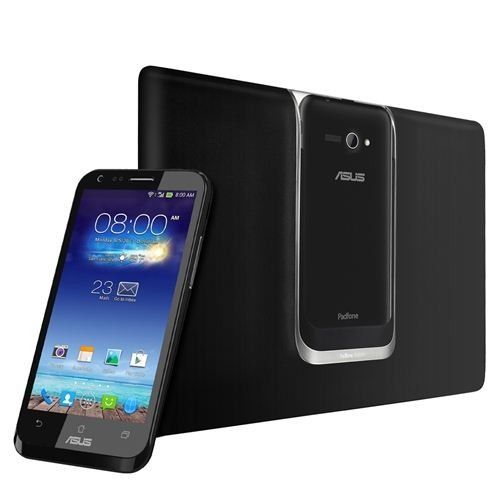 After unveiling a series of new devices at CES in Las Vegas just over two weeks ago, ASUS has now quietly launched a new Padfone variant in Taiwan. Named the Padfone E, the mid-range smartphone/tablet hybrid slots right between the Padfone Mini and Padfone X with regards to internals, however, unlike the other variants, the E is available to purchase in two colors — Johnnie Walker Black and Pearl White.

In terms of specifications, the Padfone E packs a 4.7-inch Super IPS LCD capacitive touchscreen with a resolution of 720 x 1280 pixels, a Qualcomm Snapdragon 400 chipset powered by four 1.4GHz central processing units, 1GB of RAM, 16GB of internal storage (expandable up to 64GB via microSD), a 13-megapixel rear-facing camera with face detection, a 1.2-megapixel front-facing shooter and a 1,820mAh Li-Ion non-removable battery.

The tablet dock features the exact same internals as the smartphone, but instead of the 4.7-inch panel and 1,170 mAh battery, it sports a 7-inch TFT display with a resolution of 1280 x 800 and a 2,100 mAh cell, which, according to ASUS, will result in “exceptional battery life.”

At present, the handset is available to purchase with dual-SIM capabilities for a one off payment of roughly $560. If you’re based in Taiwan and wish to pick one up — click the source link below.