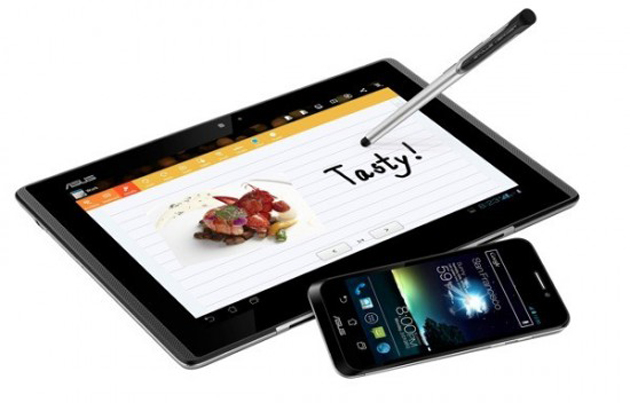 It’s been a long time coming but we finally have an official word on the ASUS PadFone and when to expect it on shelves. While no exact date was given (or price), ASUS announced that the PadFone would be coming in April. This 3-in-1 mobile solution is one of a kind in a mobile world that’s all too familiar. Its unique design allows users to dock their phone into the tablet for a seamless transition from the small screen to the big and vice versa. The PadFone has gone through some changes on its long journey and now features:

When you dock the PadFone in the optional PadFone station, your 4.3″ smartphone will transform into a 10.1″ tablet with five times the battery life. Add the optional keyboard dock and you have a full fledged working station. ASUS also threw in a curve ball with an optional stylus. This stylus, much like the PadFone, is anything but ordinary. Not only can you use it to draw and jot down notes, but it doubles as a Bluetooth headset complete with speaker and mic. You may garner a few odd looks when you’re speaking into your pen, but hey, you’ll also look like a super cool 007 agent (at least that’s what you’ll tell yourself).

We’ll have to wait until April to get the details about price, but for now, check out this super cool video showing off the ASUS PadFone.