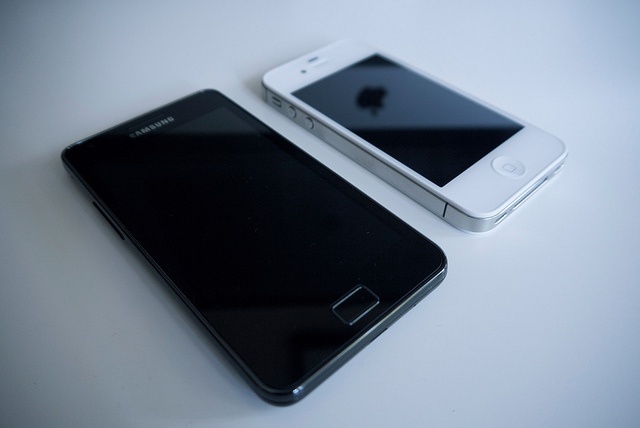 The iPhone is ranked as the top smartphone in the United States, and with sales on the upward trend worldwide, one would think that there’s no stopping Apple’s magical handset. As it turns out, the iPhone has a “crutch” that’s key to its success: carrier subsidies.

It’s common practice for U.S. carriers to subsidize a phone to make it more affordable for the average consumer. The trick is that customers get locked into a two-year contract. While Apple profits and carriers take an initial hit off the subsidized model in countries like the U.S. and U.K., less expensive Android devices are dominating markets where consumers pay full price for their new phones.

If you’ve every bought an unsubsidized iPhone before, you know how expensive it can be. A factory unlocked iPhone 4S costs $650 in the U.S. for the 16GB flavor — hardly price sensitive for a family looking to upgrade. On the flipside, many comparable Android devices sell for a sub-$200 price point off contract. 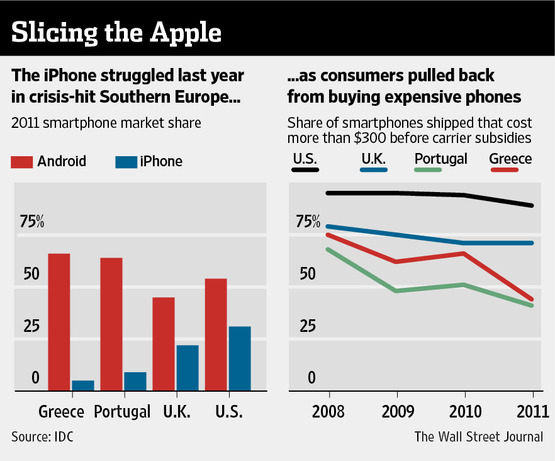 According to recent data from research firm IDC, lower-entry Android phones are crushing the iPhone in areas without carrier subsidies. Citing numbers from parts of Southern Europe, IDC concluded that cheaper handsets (and even high-end devices like the Samsung Galaxy S II) running Android are stealing the show from Apple’s iPhone.

In Greece, 60% of the smartphones sold last year by the country’s largest carrier were Android devices. The report suggests that’s because the country’s carriers don’t sell handsets on contract.