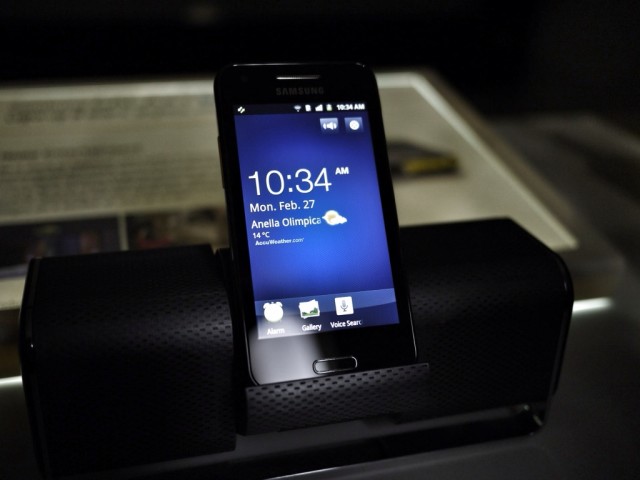 BARCELONA, MOBILE WORLD CONGRESS 2012 — The last of Samsung’s interesting announcments at the Mobile World Congress is the Galaxy Beam. It looks like a regular, if a little chubby, Galaxy smartphone, but when you press a switch on the side a 15-lumen projector flares into life. The demo was in a dark (and crowded, and sweaty) room so we could actually see the images it throws out, but even so, it came off better than most pico projectors I have tested.

The Beam’s DLP projector can project an image of up to 50 inches before things start to get too dull. I have tested a few standalone pico projectors and this is brighter and clearer than any of those. It also has a decent battery life of three hours while projecting. The downside is that when the projector goes dead, the phone goes dead too. 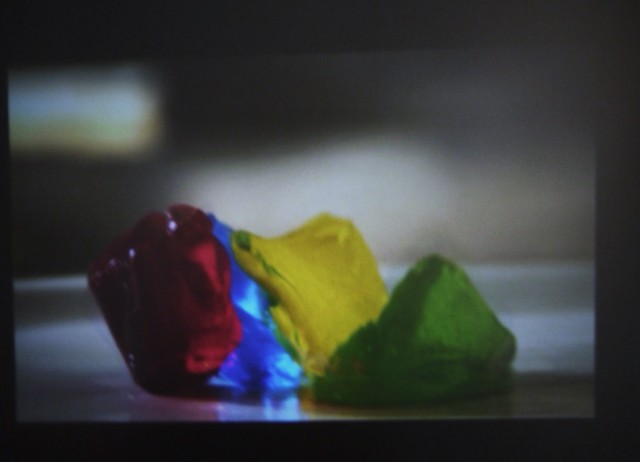 It's no plasma HDTV, but the image is good enough for watching a movie or TV show on the go

You can use the projector in portrait of landscape modes with the phone still held flat, just by toggling it off and on again. and despite its extra thickness, it’s not too heavy.

The Beam will be shipping in the first half of this year.