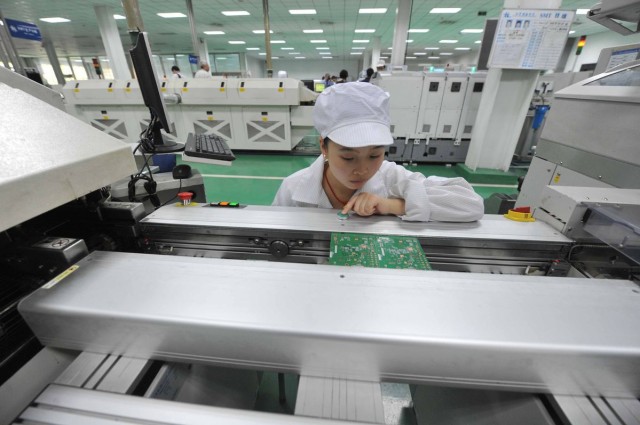 Foxconn Electronics is to begin producing high-resolution OLED smartphone displays starting in 2015, according supply chain sources in Taiwan. The company has reportedly reached a deal with Taiwanese panel maker Innolux, which will undertake the production of the 4- and 5-inch screens.

Foxconn’s display business is seen as a safety net for “life after Apple,” according to a recent New York Times report. It manufactures electronics for lots of other consumer technology giants, too — including Sony, Nokia, and Amazon — but Apple has been responsible for at least 40 percent of its revenue in recent years, according to analyst estimates.

And now that the Cupertino company is making partnerships with other assemblers, Foxconn needs something to fall back on. It has already begun manufacturing television panels, but sales have been slow with competition so fierce in the TV industry.

The company will be hoping for more success with its smartphone displays, then, and it has reportedly invested a lot of cash in a research and development center in Japan to ensure they are the best they can be.

“In preparation for in-house panel development, Foxconn has invested US$1 billion to set up a display and touch panel R&D center in Japan, focusing on R&D for OLED and advanced touch solutions, the sources indicated,” DigiTimes reports.

“Innolux has been developing OLED technology based on white-light OLED in combination with color filters, and will start small-volume production of 4-inch panels at the northern Taiwan factory and 5-inch and above panels at in southern Taiwan facility.”