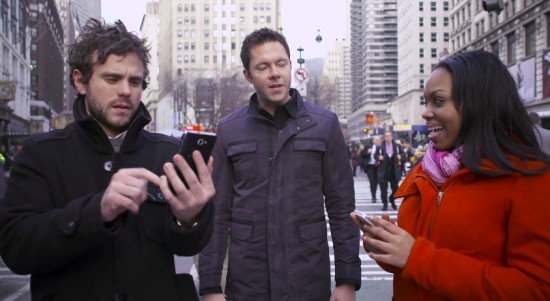 We all love a good fight around here and we even have a recurring Friday Night Fights where we pit features of iOS vs Android, but this latest video by Samsung is just so asinine that not even us Android fans will defend it. To further promote their Galaxy Note, Samsung has decided to embarrass themselves by “going to the streets” to try and convince people how awesome the S-pen functionality is by challenging an obviously clueless iPhone user to perform the same mundane tasks as a seasoned (trained & scripted) Note user.

Whether or not the iPhone user in this video is a paid actor or not doesn’t really matter, it’s clear she is tech-challenged and doesn’t even know how to use her iPhone. The tasks in Samsung’s challenge can be performed with an iPhone and perhaps next time Samsung will be brave enough to challenge a member of our excellent staff over at Cult of Mac, as I’m sure they would have no problem completing such tasks. Shameful advertising Samsung, just shameful.