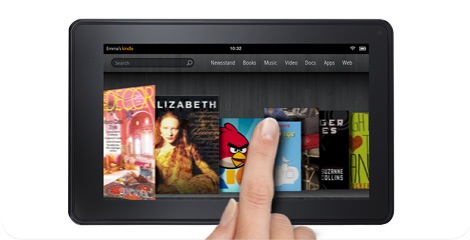 After briefly being seen as an ally of Apple’s goal towards crushing Android, Amazon’s Kindle Fire tablet is back to threatening iPad sales. A Wall Street analyst now says 26 percent of people considering buying the Fire are putting on hold purchasing the Cupertino, Calif. tech giant’s tablet. What’s more, consumers are more likely to buy the Amazon tablet than the iPad.

Okay, a 1 percent difference doesn’t translate to an avalanche of sales for the Amazon tablet, but the analyst looked
deeper, finding of that “very likely” group 26 percent plan to delay or shelve plans to buy an iPad. Of course, this is all based on the previews of the Fire, since the device doesn’t actually go on sale until later in November.

Which is why positive ‘buzz’ around the Fire will be so important. “Sustained Fire uptake and ‘buzz’ will depend on consumer /reviewer reactions to the Fire experience,” notes Abramsky. So far, all we have to go on is Amazon CEO Jeff Bezos’ statement that the company is making more units to meet unexpected demand. Earlier this month, we reported on a leak suggesting Amazon is pre-selling 50,000 tablets per day ahead of the Nov. 15 release date.

One unknown is how the recently-unveiled Nook Tablet will impact both the Fire and the iPad. The new device boasts a 7-inch screen, Android “Gingerbread” 2.3 OS, 1.2GHz dual-core CPU, 1GB of RAM, 16GB of internal memory and a 11.5-hour battery life. Despite the impressive hardware, early reviews say that the iPad 2 and the Fire have little to worry about — for now.