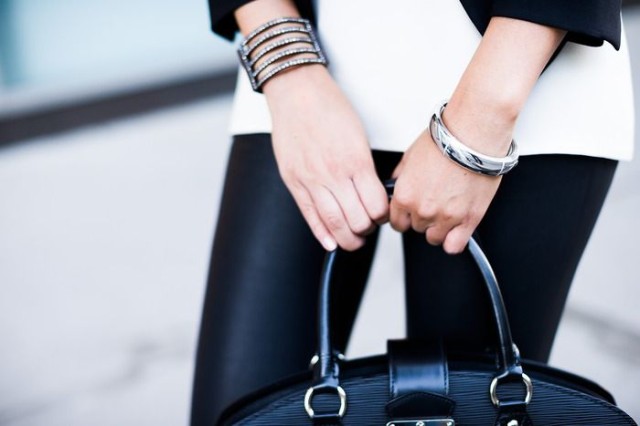 Here comes wearable computing, and Android and the Googleverse have a huge head start. But will the Android devices lose the lead because they fail to target the women’s market?

Google Glass hasn’t shipped yet, but dominates mindshare. If you look at the rest of the field — Epiphany Eyewear, GlassUp, Meta, Microsoft, Oakley, Optinvent, ION, Recon Instruments, Samsung and Vuzix — Android is supported in almost every case.

I see a lot of activity around wearable computing. CES even recently announced a special “TechZone” called “WristRevolution” to showcase the large number of smartwatches to be displayed at the show, which is scheduled for January in Las Vegas.

So far, nearly all the wearable computing devices we know about are more likely to appeal to men than women.

Large and bulky is a good description of nearly all the smartwatches we’ve heard about so far.

Without knowing all the details about all the wearable computing devices that will ship next year, it’s safe to say that dozens of gadgets will be competing with each other for half the market (men), while somewhere between zero and a small handful will compete for the other half (women).

I believe Apple will dominate the women’s half of the market, because Apple has demonstrated a policy of targeting products at the widest possible market. For example, while the Android smartphone market featured larger and larger smartphone screens, Apple stuck with a relatively small screen because that was a size that nearly everybody, including women, could use with one hand.

Apple’s apparent pursuit of curved glass indicates a strong desire to avoid blockiness and bulkiness. I think the iWatch will be appealing to both men and women.

Another product, pictured with this post, is a third party smart bracelet called MEMI (well on its way to reaching its fundraising goal on Kickstarter). The MEMI is targeted specifically at women and shipping exclusively with support for the iPhone, not Android phones.

I don’t see any discussion about this issue. But from what I can surmise, the iOS side of the universe may have far a larger market share because it will probably cater to women better.

Even more rarely discussed is the idea that the majority of wearable computing devices may end up being purchased by women, and for three reasons.

1. Women wear more accessories at once, on average

Of course there are some women who wear zero accessories and some men who wear necklaces, bracelets, earrings and more. Stereotypes don’t hold up in individual cases. But women tend on average to wear more “stuff.” It’s a less trivial change to swap out a dumb braceless for a smart bracelet or a dumb necklace for a smart necklace. As wearable devices get smaller and come in different forms, it should be easier to sell to people who are already wearing bracelets and necklaces than to those who aren’t.

2. Women own more accessories, on average

In addition to wearing more accessories at any specific time, women also buy and wear more accessories over time, on average. What I mean is that women are more likely to have more than one style of sunglasses, or more than one bracelet, which are changed depending on the occasion, as well as on what clothes she is wearing. The MEMI wearable bracelet comes in 7 colors and may cost close to $150. Women may be more likely than men to buy two or three smart bracelets or smartwatches.

3. Women’s clothing is less likely to have smartphone-bearing pockets

Half the time my wife and I are out and about, I’m carrying her phone. The reason is that she often wears clothes that don’t have pockets, whereas I always have pockets. Sometimes she carries a purse, sometimes she doesn’t. Because of the nature of some women’s clothing, many women may prefer to use a wearable device instead of carrying a smartphone for some situations. These wearable devices coveted by women will probably vary widely, and include smartwatches, smart bracelets, smart glasses, necklaces, clip-on devices and even some we haven’t thought of yet.

Both men and women will embrace wearable computing. And there are likely to be form-factor and usage pattern differences between genders that mirror the world of dumb accessories.

Here’s the elephant in the living room that nobody is talking about: The market for wearables that target women may be far larger than the wearable market for men.

So my advice to companies making Android-based wearable devices: You would be wise to target female consumers. Because to me, that looks like the big opportunity hardly anyone in the Android space is taking seriously.