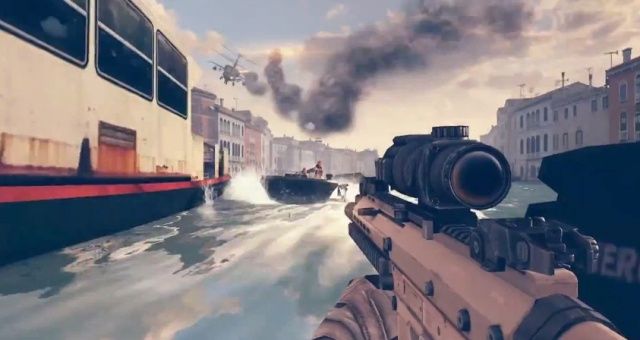 Gameloft has announced that it has been forced to postpone the launch of Modern Combat 5 for Android and iOS until 2014 to “fully achieve [its] vision” for the game. The first-person shooter was first confirmed in an impressive teaser trailer back in June, and we initially expected it to be available before the end of the year.

Now we’ll have to wait a little longer.

“In order to fully achieve our vision for Modern Combat 5 we have decided to postpone the launch to 2014,” Gameloft said in a tweet this week. The company showcased the new title at E3 earlier this year, but it didn’t officially announce a launch date for it. So, technically, the game cannot be “delayed,” but we all expected it to make its debut before the end of the year.

For now then, we’ll have to wait for further details on the new shooter, but it should be worth it. Modern Combat is undoubtedly the best FPS series on mobile, and if the next one is any improvement over its predecessor, then it’s bound to be a lot of fun — particularly if it supports gamepads on iOS 7 (please, Gameloft!).