Reddit is — undoubtedly — the most popular community on the Internet right now. The community has led to some aww moments, to some holy shit ones as well.

Being a Reddit-addict, I keep checking Reddit constantly, whether I am on my PC, phone or tablet. There is no shortage of Reddit clients on the Play Store, but a handful of them stand above the competition, thanks to the features and the beautifully designed UI they offer.

Reddit News is, by far, my favorite reddit client available on the Play Store. The app uses the sliding drawer, has a #HOLOYOLO UI, looks absolutely gorgeous, and is optimised for tablets as well. However, what sets Reddit News apart are the gestures it features. The gestures make jumping between the comments and the actual content, or gaining access to options like up vote, down vote, visiting a user’s profile extremely easy and intuitive.

– pre-fetching of images for quick viewing right from the stories list
– Stories and comments load at the same time. Switch between the two by sliding up and down the voting bar. (see market pic)
– View profiles, edit and delete comments, check your inbox, submit posts and more…
– Hi-res thumbnails created from pre-fetched images
– Sidebar and Spoiler support
– Rage faces and MLP emotes in comments with alternate text
– Drag and drop sortable Subreddits, move your favorites to the front.
– multiple colour themes including black,white,blue and pink
– Search Reddit for a specific topic.
– Optimized layout for phones and tablets
– butter smooth scrolling!

While the developer is not updating the app as frequently as before, he drops in a major update every once in a while, which keeps the app ahead of its competition.

Reddit Sync is another gorgeous Reddit client available on the Play Store. The app has a Holo interface with the new cards UI as seen in certain Google apps, Google Drive integration and the look of disapproval support. 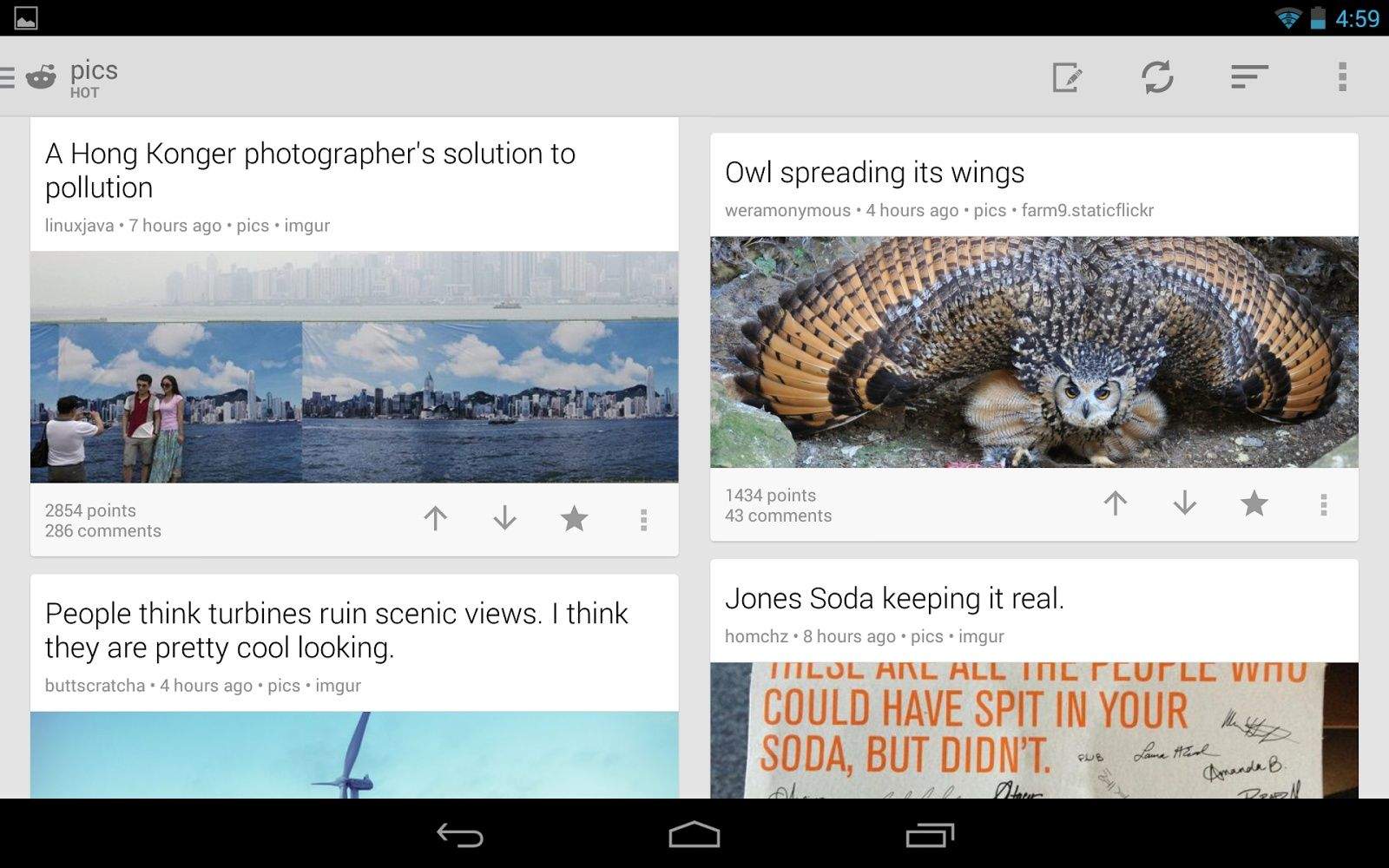 The developer of Reddit Sync is very active, and is currently working on a major revamp for the app, which will bring a sliding drawer, dual-pane layout for tablets and UI enhancements. Currently, the app lacks profile and messaging viewing, but the developer plans on adding them sooner rather than later.

Reddit Sync is available in three versions – Free, Pro and a dev version. The developer version will give you access to the absolutely latest build of the app, which generally includes some new features and bugs.

BaconReader is one of the oldest Reddit client available on the Play Store and is developed by OneLouderApps, who are known for quite a few other apps such as Friendcaster, Tweetcaster and Weather.

BaconReader has everything that one can expect from a Reddit client on any platform – a tablet optimized layout, user profile support, look of disapproval support, reddit inbox, full screen mode and is the only Reddit client in this list to include a home screen widget.

While the client may not look as gorgeous as Reddit Sync or Reddit News, it still wins in the usability department with an easy to use interface.

Reddit is fun is a holo inspired Reddit client for Android with a plethora of customization options. The app does not have the new Cards layout like Reddit News or Reddit Sync, so it does not look as beautiful as them. It does make use of the Holo guide lines though, which should please all the #HOLOYOLO lovers out there.

However, the main strength of Reddit is fun is the customization options it includes. Apart from all the features that are included by the apps mentioned above, Reddit is fun also packs a dedicated left-hand mode, integration with Android backup service, separate auto-rotate preference and moderator features.

If there is any feature that is not included in the apps mentioned above, chances are you will find them in Reddit is fun. 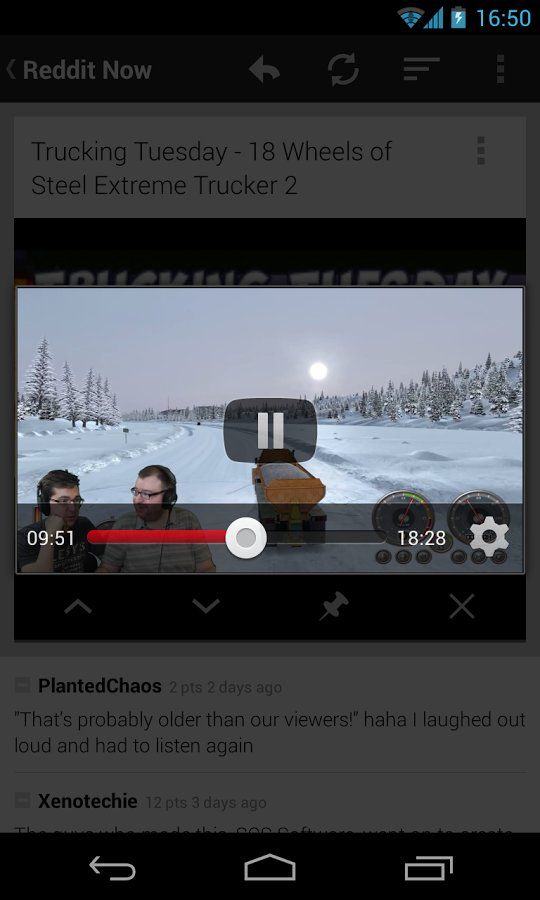 Reddit Now does not really have any unique feature that makes it stand out from the crowd, except for a beautifully designed UI and its free price tag. This does not mean its not a decent app. If for some reason, you did not like the UI of Reddit Sync or News, Reddit Now might just be the perfect replacement for you.

There is no death of Reddit clients on the Play Store. However, the five listed above are, arguably, the most popular ones on the store. Which Reddit client do you use on your Android device? Do drop in a comment and let us know.