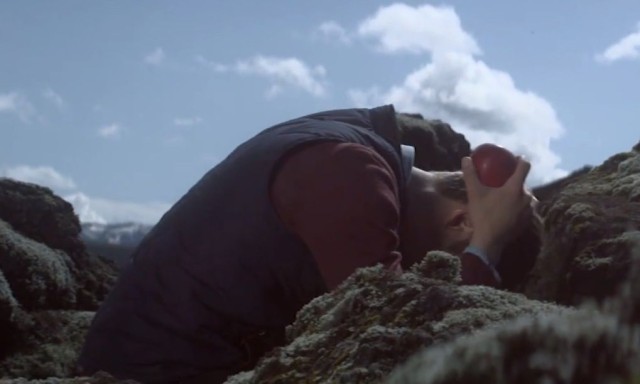 Samsung has produced a new Galaxy S4 commercial for Iceland, and it’s possibly one of its weirdest smartphone adverts yet. It features some really strange dancing from a bunch of unconvincing ninjas, and a less than subtle dig at Apple using real apples.

The one-minute clip begins with a man who’s trying to place a call on an apple. Not an Apple smartphone — a real apple. Obviously he doesn’t have any success, and gets frustrated. I’m assuming this is somehow supposed to be another dig at the Apple iPhone… though I’m not sure I get it.

Eventually he replaces it with a Galaxy S4, and odd dancing ensues:

Given that Iceland’s a pretty cold place, maybe it would have been better to show off the Galaxy S4’s ability to accept touch input even when you’re wearing gloves. Just a suggestion, Samsung.