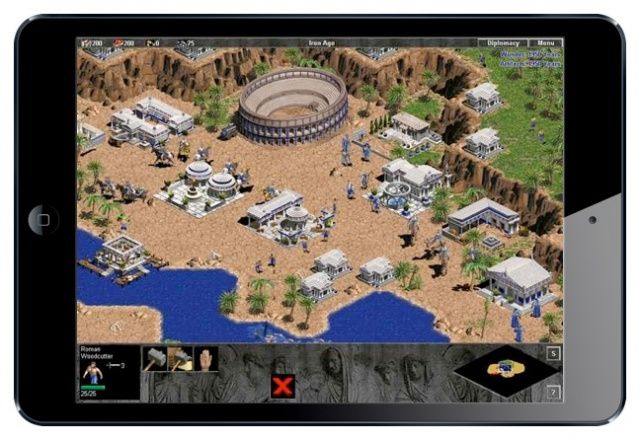 Microsoft has teamed up with Japanese development studio KLab to bring its 1997 classic Age of Empires to Android and iOS. Microsoft is hoping the real-time strategy simulator will capture some of the success of the growing mobile game market, which is currently luring gamers away from traditional handheld consoles like the Nintendo 3DS and the PlayStation Vita.

This isn’t the first time Microsoft has released games on rival platforms; last year it brought Wordament, a word game, to Android and iOS, and it’s currently developing a Halo title for its own Windows Phone platform. The company also offers a number of productivity apps, including Outlook, OneNote, and Lync.

But this is the first time it will port a classic PC game to mobile, thanks to the help of KLab. Reuters reports, however, that contrary to recent rumors, this is the only title that Microsoft and KLab are working on at this time, and there are no announcements on other games as yet.

Strangely, Age of Empires will come to Android and iOS first, “with plans to release the game in other languages and on Windows Phone in the future,” a Microsoft spokesperson said. So Microsoft is making its own Windows Phone users wait a while, which surely won’t go down too well.

There’s no word on when the title will be available just yet. Reuters says “before the end of March,” but given that we’re now a week away from July, that can’t be correct — unless Microsoft is going to make is wait until next year for it.