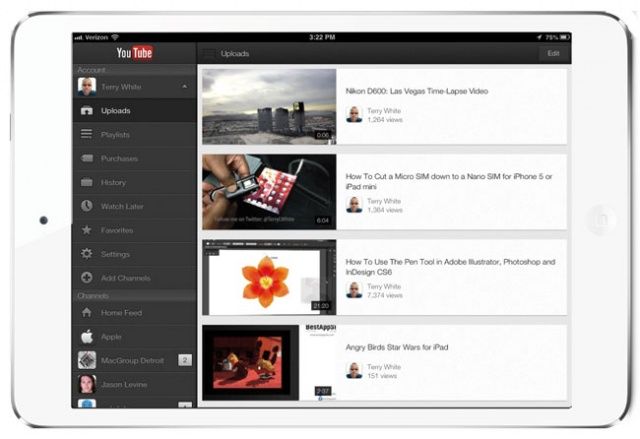 Google’s YouTube apps for Android and iOS have helped the company triple advertising sales on mobile in the past six months, the company has said. Mobile ads now contribute an estimated $350 million to YouTube’s revenue, with around a quarter of the site’s 1 billion users accessing videos on smartphones and tablets.

Lucy Watson, vice president of sales at YouTube, said the growth in mobile ad sales has spurred an increase in promotional spending to reach that audience. “The commercial business has exploded,” she told Bloomberg. “It’s a huge part of our business, and we know that’s where it’s headed.”

More than half of smartphone users in the United States used YouTube’s mobile app in March, according to data from Nielsen, and usage has been boosted by Apple’s decision to remove its own YouTube app from iOS devices. Google’s version boasted at least 70 million users in the U.S. alone — that’s an increase of 42% over the same period in 2012.

And each one of those users is watching a commercial before their YouTube video starts. But keeping them engaged is still a challenge, according to Julie Ask, an analyst at Forrester Research. “People have less patience on the phone; consumers have become more task-oriented,” Ask told Bloomberg. “The ads have to be entertaining and there’s a higher bar to some extent.”

To make it easy for companies to advertise on mobile, YouTube automatically splits the ads they pay for between mobile and desktop. They can opt out of this if they wish to, but some companies are keen to embrace it. EA is one of them.

“YouTube as a video platform is a definitely a key one for our products,” said Christine Dr Martini, EA’s social marketing and media manager. “I would anticipate as mobile consumption continues to grow, we’ll have to find ways to make sure that we reach our audiences on whatever platforms they’re on.”