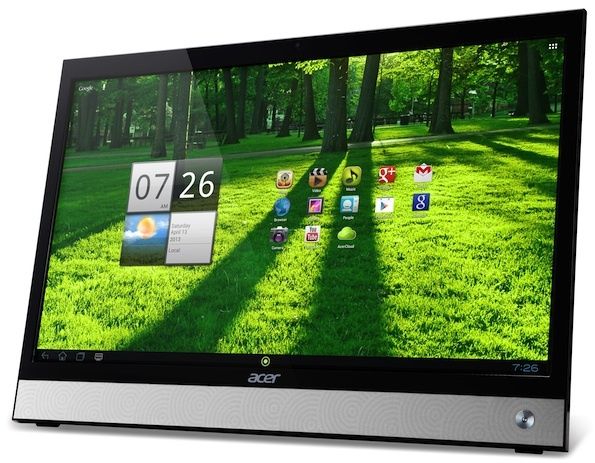 Android-based computers haven’t really taken off yet, but Acer is the latest computer manufacturer trying to make that happen. The company has today unveiled its new $400 all-in-one (AIO) PC powered by Android Jelly Bean.

The machine features a 3GHz Intel Core i5 4430 “Haswell” processor, 1GB of RAM, and storage options starting as small as 8GB. The AIO is more than likely going to ship with Android 4.2 Jelly Bean installed, but it should be upgradable to Android 4.3 after release.

United States retailers will be selling the AIO from $400, and the price is one of the the main attractions of a computer system running Android. By not including Windows 8 as the operating system on computers, manufacturers can price their systems lower as they require less hardware and there are no licensing fees for the operating system — or native software.