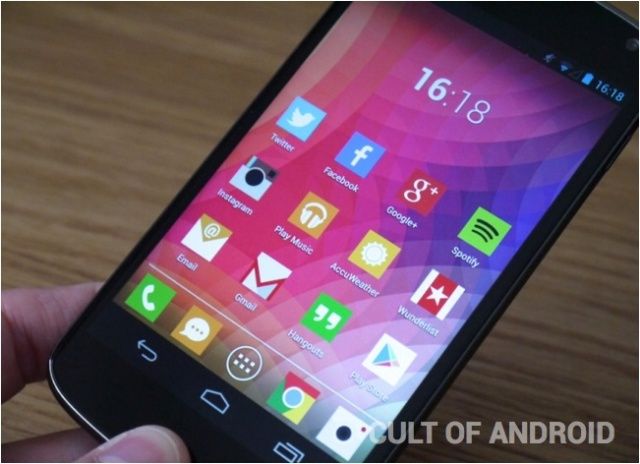 One of the key advantages to Android’s openness is the ability to customise the look of the OS to your liking. With third party launchers, widgets and themes, you can give your Android device a beautiful new look with just a few taps. No wonder third party launchers like Nova, Apex, and GoLauncher are among the most popular apps on the Play Store.

These launchers also support icon packs, allowing that extra level of customization. If you’re bored with the stock icons of your Android device, you can use icon packs to give your device a brand new look within minutes. Considering that there is no shortage of beautiful icon packs in the Play Store, we’ve chosen ten of the best to get you started.

If you are not a fan of flashy icons, and are looking for something simple then the SMPL White icons might just be perfect for you. The icons are etched on a white background, and have a transparent look. The icon pack consists of more than 1200 icons, with over 4500 icons themed. It also contains a theme for Go Launcher users.

If you are not particularly fond of white, the developer also has icon packs available in different colors and shapes (square or round).

MeeUI icon pack consists of more than 200 icons that are inspired from the MeeGo UI as last seen on the Nokia N9. For Apex launcher users, the icon pack also contains the beautiful Nokia font.

The developer also has a paid version of the icon pack available that contains higher quality HD icons.

MIUI is a very popular custom ROM based on the Android source code, but looks similar to iOS. UI wise, it can be argued that MIUI looks much more polished than even stock Android. If you are looking for a MIUI inspired home screen, MIUI 5 icon pack from tung91 is exactly what you need.

The icon pack consists of more than 300+ icons, all inspired from icons from the MIUI ROM.

Tersus contains more than 900 custom icons with full HD resolution for extra clarity even on extremely high resolution devices like the Nexus 10. The icons are squarish in nature, and while they don’t look like stock icons, they still have the essence of the stock icons. This allows you to recognise your apps instantly from their icons. The icon pack works across a range of launchers including Nova, ADW, Apex, Action Launcher and Holo launcher. 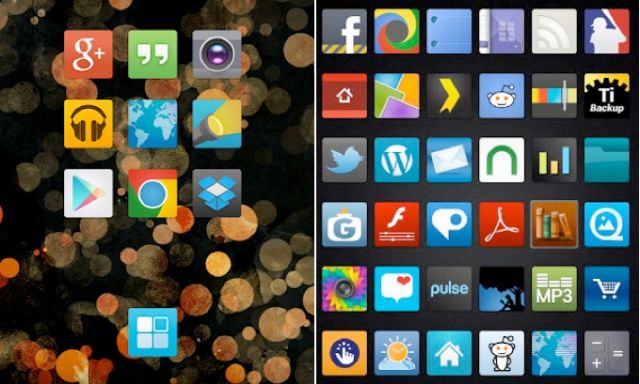 The developer has also bundled some wallpapers that should go along very well with the icon pack.

While I am not particularly fond of them, DcikonZ is among the most popular icon pack available on the Play Store. The icon pack is among the largest on the Play Store with over more than 2000 HD icons and growing. Unlike some other icon packs in this article, DcikonZ does not keep the essence of the stock icons. Instead, all the icons look very much different from the stock icons of their respective app.

Considering the price of the theme (free) and the wide variety of launcher it supports, DcikonZ is a must have.

It can be argued that some of the icons in the Stark icon pack look very familiar to Minimal UI icons, but then there is a limit to how much icons of the same shape (square) can differ in their looks, while not deviating too much from the stock look.

Even then, Stark includes some beautiful icons that make it worth a buy.

Looking for an icon pack in which the icons are smaller than stock? Tiny White icon pack is what you need then. The icon pack consists of more than 1000 icons; each made in white, and are much smaller than the default icon size generally used in Android devices.

Holo Icons follow the Android design guideline to deliver a “simple, flat and unobtrusive design that can be seen throughout the UI”. The icon pack consists of more than 350 icons, and has been made only for XHDPI (Nexus 4 and other 720p) devices, so they might not look that sharp on the HTC One and other Android devices with 1080p resolution screen.

Minimal UI is hand down the most popular, and stunning icon pack available on the Play Store. The icon pack was earlier known as Minimal MIUI, but was removed from the Play Store due to some copyright issues with the name.

Minimal UI packs more than 600+ icons, with a resolution of 96*96 each, so they all look super sharp even on the Galaxy S4, HTC One or the Nexus 4. If there is one icon pack you must have on your Android device, Minimal UI is the one.

So, which icon pack do you prefer? Did I miss a must have icon pack in this list? Drop in a comment and let us know!