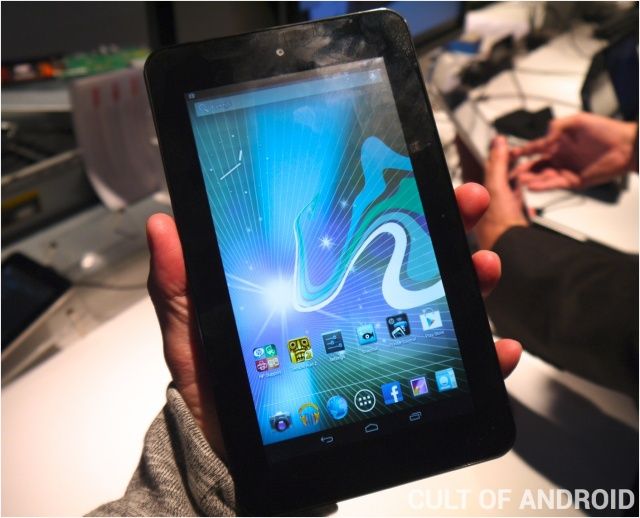 The new HP Slate 7, HP’s first Android tablet, is coming to the United Kingdom on May 1, priced at a very attractive £129 ($197). The device will only be available in silver initially, but if you’re happy with that, you can pre-order yours today from HP’s website.

The £129 price tag makes the Slate 7 £30 ($46) cheaper than the Google Nexus 7, which will undoubtedly be its biggest rival. But as I discovered during my hands-on with the device at Mobile World Congress, some consumers will be better of spending that little bit more.

The Slate 7’s display offers a 1024×600 resolution, which is nowhere near as nice as the Nexus 7’s 1230×800 display; while its 1.6GHz dual-core processor won’t be quite as speedy as the Nexus 7’s quad-core chip. The Nexus 7 also gives you double the storage (16GB) as standard, and you’re guaranteed the latest Android updates as soon as they’ve available.

The Slate 7 does have some advantages, however, including a 3-megapixel rear-facing camera, Beats audio technology, and a microSD card slot. So you’ll need to decide which features are more important to you before spending your hard-earned cash.

If you choose the Slate 7, you can pre-order from HP’s website starting today — just click the source link below.