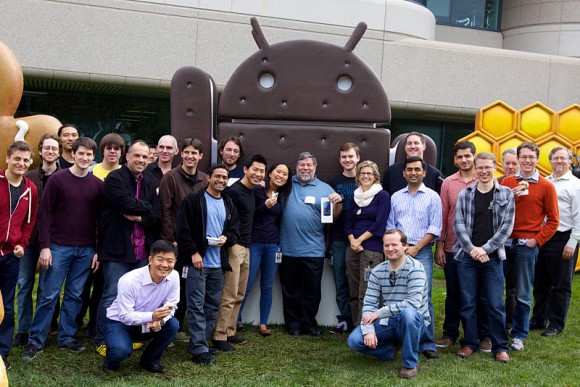 Steve Wozniak is a man who loves technology. He’s also a man who’s not afraid to tell it how it is. You’d expect a guy who co-founded Apple to be incessantly praising it while dismissing any advantages the competition may wield. Instead, he’s an open-minded guy who enjoys a variety of tech products, including Android. In fact, in an interview with the Daily Beast, Woz had much praise for the mobile OS that Steve Jobs was hellbent on destroying.

“My primary phone is the iPhone. I love the beauty of it. But I wish it did all the things my Android does, I really do.”

Woz had a lot to share regarding his experiences on both his iPhone and Android devices, and while the iPhone remains his primary phone, he admittedly wished it did all the things his Android does. One particular nuisance for him was Apple’s new voice-recognition software Siri. Woz has been very disappointed in Siri’s functionality ever since Apple bought Siri and built the software into the iPhone 4S.

He goes on to talk about how he gets better results when using Android’s voice recognition software:

“I’ll be saying, over and over again in my car, ‘Call the Lark Creek Steak House,’ and I can’t get it done. Then I pick up my Android, say the same thing, and it’s done.

While many Apple fans will be quick to argue that Siri is still in beta, it’s interesting to note that the majority of Google’s products are also in beta, including another favorite of the Woz’s (and one he admits is way ahead of Apple), Google Navigation.

He goes on to complain about a couple of other odd issues with his iPhone, and the one I found most surprising was that of battery life. Battery life has always been an advantage iOS has held above Android for quite some time, but it appears now that they are adding more features to their OS, it’s suffering the same battery drain as seen on Android devices.

“With the iPhone, something happened with the new OS or the new phone, and it just started running through the battery so fast,” he says. “I’ve had a lot of issues with things I have to turn off just to save the battery life.”

I have to admit, Steve has been quite the quote machine for us here today and before we go, I’ll leave you with one last Woz quote to sum up the majority of Android users’ perceptions of iOS and Apple products in general:

“The people I recommend the iPhone 4S for are the ones who are already in the Mac world, because it’s so compatible, and people who are just scared of computers altogether and don’t want to use them. The iPhone is the least frightening thing. For that kind of person who is scared of complexity, well, here’s a phone that is simple to use and does what you need it to do.”