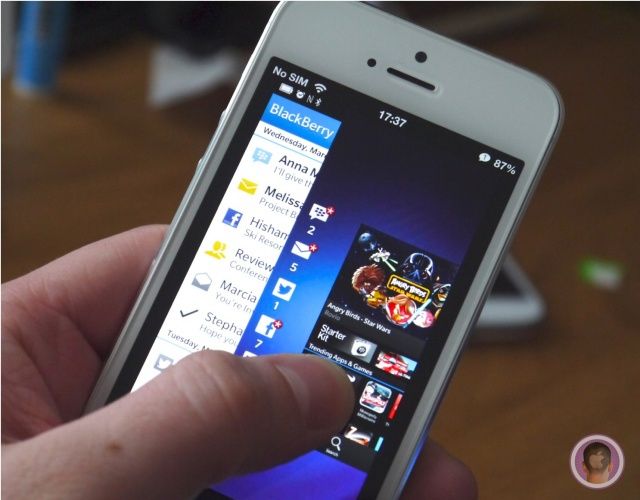 In case you hadn’t already heard, BlackBerry launched its new BlackBerry Z10 back in February, finally making its new BlackBerry 10 platform available to the public. The device has gotten off to a surprisingly good start for the Canadian company, with more than one million units sold during its first month of availability.

If you’re wondering what BB10 is like, and more importantly whether it’s a worthy contender to Android or iOS, then why not give it a try. You can now do so simply by visiting a URL in your browser — you don’t even have to leave the house.

Open your desired web browser on your Android or iOS device and visit BlackBerry.com/glimpse. The feature appears to have been designed for the iPhone’s smaller display, but it works just as well on bigger Android smartphones, too.

Here you’ll be able to try out some of BB10’s gestures, see its Active Frames and the BlackBerry Hub, and even try out its nifty keyboard (which is awesome, by the way). Previous BlackBerry users will also notice that BlackBerry Messenger now supports video calls, as well as screen sharing.

You can’t do a great deal inside the demo — you have to follow the steps you’re given — but if this is your first experience of BB10, you can get a nice idea of what the interface looks like and see some of its headline features. And if you ditched BlackBerry devices for Android or iOS devices over the past few years, it’s also a great opportunity to see how much things have changed.

If you haven’t already done so, check out my review of the BlackBerry Z10 to find out more about the device, its new platform, and whether it can compete with Android and iOS. I’ve been using the handset on and off alongside an Android device since February, and I’m still impressed by some of its features — the BlackBerry Hub and the new virtual keyboard in particular.