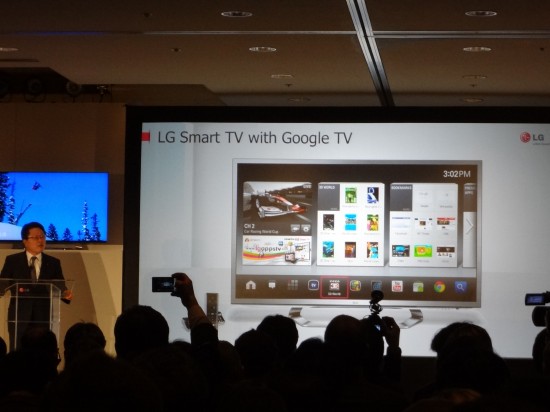 Google has consistently teamed up with manufactures to debut new Android software versions in a pure “Google Experience,” void of any manufacturer overlays. We’ve seen this with the smartphone Nexus line, as well as with the Motorola XOOM tablet. When it comes to Google TV however, there were actually two companies that had first crack at it, and as you already know, that didn’t go so well. For Google’s next version of Google TV, they’d like to make a better impression, and rumor has it that they may team up with LG to deliver it.

Bloomberg has reported that Google and LG are in talks to provide LG with first access to the next version of its Google TV software so that they can build a compatible set. Think of it as the Google Nexus TV with Google TV 3.0. Information is scarce, and both LG and Google spokes people have yet to comment, but if they do manufacture the next Google TV, it will be interesting to see if it’s done with built-in integration or in a separate set-top box, as was with the Logitech revue. Either way, one thing is for sure — its presence was undeniable at CES, and we can fully expect that presence to be felt in future TVs and the TV market in general.

Is a Nexus TV by LG in our future? Only time will tell.