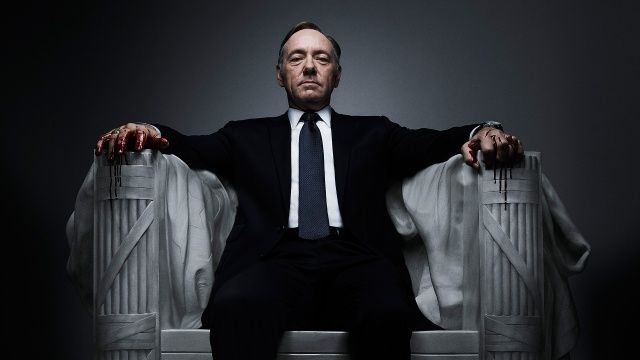 Apple has demonstrated muted contempt for podcasting, with its passive-aggressive stewardship of the content and its apathy about the low quality of its own Podcasts app.

I believe podcasting is the future of all audio and video media — the future of radio and television — and I’ll tell you why below.

So if Apple doesn’t want to own the future of TV and radio, maybe Google should take over the leadership role from Apple?

I slammed Apple yesterday on Cult of Mac for treating podcasting like an unwanted stepchild.

Besides the requisite dissing of Apple’s pathetically bad Podcasts app, I pointed out that podcasting is an enormous opportunity — the media opportunity of the decade, really — and Apple apparently couldn’t care less.

People who make giant sacks of money making, distributing and broadcasting TV shows are very, VERY interested in maintaining a massive distance between TV on the one hand, which is supposed to be high-quality, professionally produced audio-visual entertainment, and podcasting on the other, which is imagined as some shirtless loser in his mother’s basement talking into the plastic microphone that came with his Gateway PC.

(People who make much smaller sacks of money on radio are even more interested in maintaining this mental separation in the minds of the public because radio budgets are much more easily achieved by podcasters.)

Apple, apparently wants to help Hollywood maintain this fiction by keeping the podcasters in their place.

Hollywood and Apple, I suspect, want to maintain the fiction of separation between studio-produced content and independently produced content because they believe there’s far more money to be made with monopoly and control.

Apple used to talk a lot about changing the world. But when it comes to TV, radio and podcasting, Apple is working hard to prevent the world from changing.

If you even mention the P word in Hollywood, a van will pull up, and hooded men will throw a sack over your head, take you to a deserted studio lot in Sherman Oaks and torture you by forcing you to watch Glee.

Here’s the stark truth the media industrial complex does NOT want you to even think about: All radio and television will soon become podcasts.

A podcast is nothing more than either an audio or a video program that may or may not be streamed live over the Internet, which can be made available for download and which can be subscribed to.

House of Cards, for example, is a podcast TV show, although a limited one from a distribution standpoint. Like everybody else in the media distribution business, everybody knows podcasting is the future of TV. So Netflix is producing its own TV show and distributing it online. But they’re trying to maintain control of it by not using existing podcasting channels, such as iTunes or the Play Store.

House of Cards is an interim step between studio control and zero-control podcasting. It’s all moving in the direction of open podcasting.

Podcasting will radically improve both radio and TV, too. Rather than being prisoners to the time slots, the cable operators and the dribbling out of seasonal shows, we’ll all eventually be able to simply subscribe to shows and watch them in any order we want.

Hollywood must, and will, figure out how to monetize podcasting. Because if they don’t, they will be run out of business by podcasts that do figure it out.

The truth is that there is a lot of truly crappy podcasts out there. But it’s also true that the best podcasts are vastly superior to the average TV and radio shows.

In fact, podcasts can do things network-produced shows can’t do.

Leo Laporte’s TWiT shows, for example, are better than Leo Laporte’s Tech TV shows, precisely because TWiT doesn’t have a bunch of corporate suits mucking with the creative process.

No Agenda is better in some ways than any recurring political talk radio show precisely because by deliberately rejecting advertising they can tell the truth about how politics and the media really work without worrying about politically connected studio chiefs telling them what they can and cannot say — something that happens constantly at major media news organizations.

Slate’s Culture Gabfest is smarter than anything you can find on TV or radio because there’s no studio telling them to dumb it down to attract a bigger and more mainstream audience, or telling them they need to go after urban males between the ages of 18 to 24 to boost advertising revenue.

In all three of these cases, the content is better but the production budgets are far smaller with the podcasts. Over the past five years, the ability for low budgets to approximate high budgets with the quality of equipment, including cameras and microphones, has gotten far higher. This trend will continue until it’s trivially easy to match the production values of Hollywood studios at very low cost.

And, in any event, what does it matter? The quality of the content and production is totally unrelated to how programming is delivered. And podcasting is just a delivery method for audio and video files, and the one with by far the most potential, in my opinion.

So how about Google?

Google is in a unique position to take leadership in podcasting away from Apple.

First, Google can provide a podcasting solution that’s for everybody, not just Apple users.

Second, some of the most innovative content in the world is being created for YouTube, which has podcast-like subscriptions but doesn’t quite yet deliver the full power and convenience of real podcasting.

The reason is that podcasting unites audio and video media with the web and mobile media players. YouTube is nice, but what’s needed is unity — for the audio and the video and the streaming and the conversation to happen in one place both on the web and on mobile devices. With YouTube, I can’t even turn off the screen on my phone without stopping the program.

Third, Google has Google+, which is the perfect place for podcasters to set up a Page for each show. Google Plus podcasting pages could offer the ability to subscribe, maintain live chat during shows, post YouTube video and audio of the shows, and enable downloads. (Right now, podcasters can use Google+ to basically promote their podcast, but ultimate they have to provide links to an external web site to get the content — it should all happen right there on the page.) This would make Hangouts the default medium for talk-related podcasts, as it should be. Google Droidcasts should explicitly support audio and audio-based subscriptions, rather than YouTube’s approach to audio, which is video with a blank screen.

Fourth, Google has Google TV, which could use video podcasting as a killer way to deliver TV shows by subscription or a la carte.

And fifth, Google has Android and the Play Store. Google should work with third-party developers to build killer apps for delivering both live-streaming and downloadable and subscribable content to phones and tablets and, eventually, car dashboards.

Google should create central, one-stop shopping for Droidcasts and place them on the home page on par with “Music,” “Books,” “Movies,” “Android Apps” and “Devices.”

Podcasting is — and should be — the future of audio and video content.

Right now, the industry in general and Apple in particular, can’t seem to design whether to embrace the disruptive future or cling to the controlling, exclusionary past.

Google is the perfect company to step up and wrench podcasting leadership from Apple.

They’ve got all the publishing, content, community and mobile products in place. They’ve just go to bring it all together on Google+ and explicitly facilitate podcasting.

So who’s ready for a new world of Droidcasting?

(Image from “House of Cards” courtesy of Media Rights Capital.)