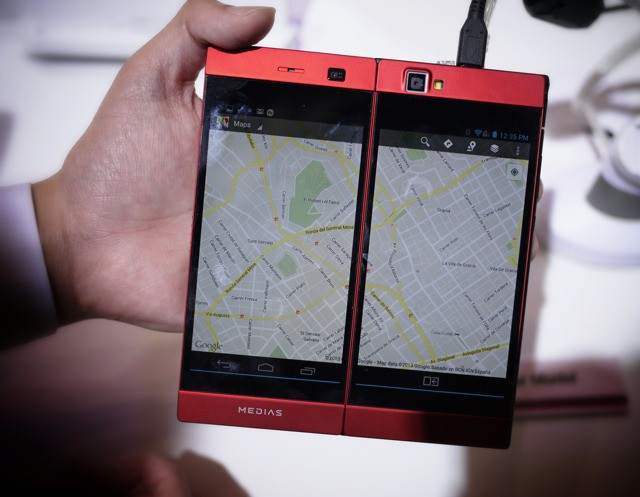 But the point of this is the screen. NEC has opted to put the screens on the outside, making them both vulnerable when the phone is folded. I guess it’s inevitable, though – how else could you use one screen without a complicated twisting hinge. 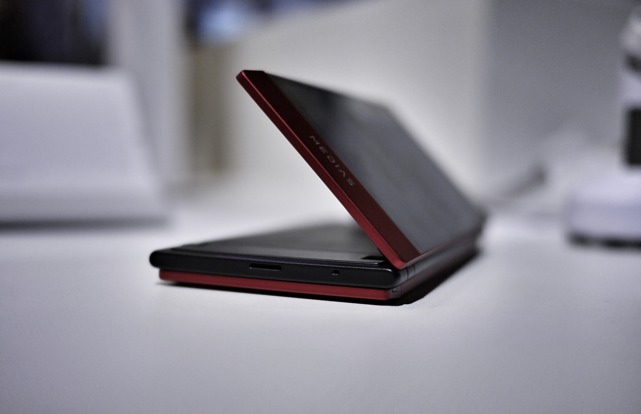 In use, the screens can either work together (as in maps) or separately (there’s a neat mode where you can use each screen as a separate browser window.

I loved that you can pinch-to-zoom with a finger in each window.

I like this design quite a lot. It’s small enough to fit in the pocket like a phone, but when you need some more screen space you just open it out. But if you want to watch movies, I expect that the line along the center will drive you crazy.

As ever, it’s a compromise. And considering the tradeoffs, NEC has made some pretty good choices.

Posted on February 25, 2013 in Uncategorized