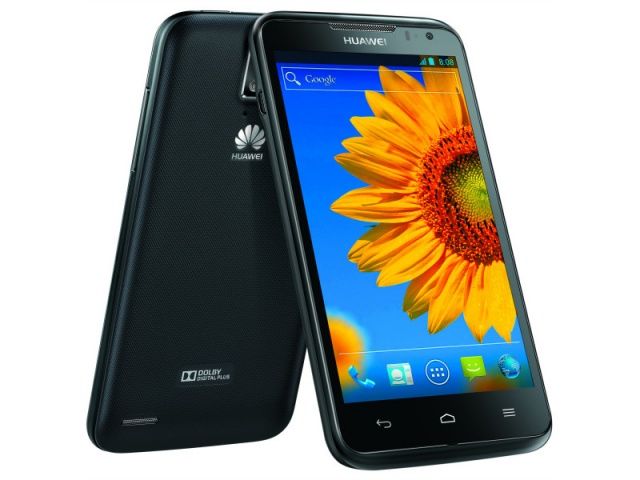 Google has two founders — and a split personality.

Then there’s the Larry Google — the pragmatic, realist Google where starry-eyed optimism is balanced with sound business sense and smart strategic investment, enabling the company to adapt and grow in a changing global marketplace.

Should Google “Larrify” its Android policy and start denying Android access to companies that Google finds harmful to the world — and its business?

Fans like the Sergey version of Google better because, lets face it, it’s not our money. We love it when Google invests billions in fun projects and gives stuff away for free. Come on, Google: Build a space elevator to an orbiting cyber-cafe that serves caffeinated Tang!

When Larry Page took over as CEO more than a year ago, he implemented a more realistic, pragmatic strategy for the company, killing dozens of products and changing some idealistic policies to realistic ones that make good business sense — for example, using Google+ for both social and identity results in Google Search. As a result of the Larrification of Google, the company is kicking ass again from a business perspective.

Another area of Google’s business where realism might serve the company and its users better is Android licensing.

Android is licensed to all comers via the nine-year-old Apache 2.0 license. It basically lets anyone do anything with Android, no matter who they are or what they do with it, as long as they provide the required disclaimers and notices.

But is this anything-goes license good for Android, good for Google and good for the world?

The Trouble with Huawei and ZTE

Although most Americans have never even heard of the companies, China’s Huawei and ZTE are among the top five smartphone vendors in the world — and they’re almost certainly the fastest growing. At current rates of growth, it’s only a matter of time before both handset are selling more handsets than Samsung.

Both Huawei and ZTE owe a big part of their incredible success in the handset market to the use of Google’s Android platform, which powers their most popular phones.

So what’s the problem?

Google executive chairman Eric Schmidt wrote a book with Jared Cohen recently called, “The New Digital Age.” In the book, Schmidt rails against the rise of industrial espionage, headed by China, which Schmidt calls the world’s “most sophisticated and prolific” hacker of foreign companies.

He went on: “The disparity between American and Chinese firms and their tactics will put both the government and the companies of the United States as a distinct disadvantage.”

The book points out that as Chinese companies expand, so does the Chinese system of industrial espionage. “Where Huawei gains market share, the influence and reach of China grow as well,” Schmidt writes.

That’s probably why Huawei is “heavily subsidized” by the Chinese government — because, according to critics, Beijing is “eager to use it as a Trojan horse with which to infiltrate itself into more and more foreign networks.” (Huawei is the world’s second largest provider of routers, switches and other telecommunications equipment.)

Schmidt knows a thing or two about Chinese-government hacking. While he was Google’s CEO in 2009, the company was hacked in a major way. Various reports say the infiltrators downloaded the Gmail messages of democracy advocates and human rights activists and stole Google’s intellectual property — and also that the attack was directed by the Chinese government.

Google famously responded by removing its offices from China and turning to the NSA for help protecting itself from Chinese hackers.

The event even has its own Wikipedia page.

Nobody has accused Huawei or ZTE of being involved in the Google hack, to the best of my knowledge. But the companies have been accused of engaging in industrial espionage and intellectual property theft.

Cisco’s John Chambers says Huawei (which also competes with Cisco) doesn’t “play by the rules.” Cisco has accused Huawei of stealing its designs and using them in cheaper products that took market share from Cisco.

A former security adviser for Nortel said that Huawei hacked Nortel for years in order to steal information and compete with the company on world markets.

The Chinese company ZTE has been similarly suspected of working with the Chinese government to infiltrate foreign companies and steal intellectual property. In addition, ZTE ran afoul of the US government for selling banned American telecommunications equipment to Iran’s biggest telecom firm, flouting economic sanctions the US had put in place to slow that country’s nuclear ambitions.

Over all, the claims against Huawei and ZTE were spelled out in a US Congressional report called “Investigative Report on the U.S. National Security Issues Posed by Chinese Telecommunications Companies Huawei and ZTE” (.pdf).

The report advised American companies “to consider the long-term security risks associated with doing business with either ZTE or Huawei for equipment or services… Huawei and ZTE cannot be trusted to be free of foreign state influence.”

Just to be clear: Nobody has suggested that Huawei’s or ZTE’s smartphones present a security or industrial espionage risk.

However, it’s possible that both Huawei and ZTE are precisely  the kind of company that Schmidt obsessed about in his book.  And yet Schmidt and Google have no basis to complain about such “Chinese firms and their tactics” when it’s Google itself that’s helping to enable those companies to become globally dominant.

Google is an enabler because its allowing Huawei and ZTE to use Android to earn billions and put Google’s other partners out of business — all the while being “heavily subsidized” by the Chinese government.

Just to be clear: I’m not saying that Huawei and ZTE are guilty of wrongdoing or even that the companies represent a threat to honest and legal businesses around the world. I have no independent information one way or the other.

What I am saying is that maybe Google needs to revisit the openness of its Android license, and revise it so Google reserves for itself the right to choose whether it directly contributes to the rise of the industrial espionage system that Schmidt rails against in his book.

While there are good reasons in principle for Google to deny Android to companies Google may determine are “evil” — or, at least, the kinds of companies worth opposing — there may also be good reasons related to Google’s own self interest as well.

The Trouble With Amazon.com

Google bought and has since developed Android in order to make the world safe for Google’s own advertiser-supported services and downloadable content.

Google probably foresaw the situation it now finds itself in with Apple, where the company that controls a major platform is actively reducing Google’s ability to monetize its services. (For example, Apple is pushing Siri, which gives answers for queries that people used to use Google for. The company has replaced Maps with its own version, and has removed YouTube from the set of default applications.)

Eight years ago, Google probably imagined a world in which the major mobile platform companies, including Apple, RIM (now called BlackBerry), Palm (owned by Palm) and others might exclude Google apps and Google’s ability to monetize the mobile web. So Google bought Android, and has turned it into the world’s leading mobile platform.

And yet Amazon is doing to Google exactly what Android is designed to prevent — it’s shutting the company out, and even using Google’s own platform to compete directly against Google.

Amazon harms Google in two ways. First, Amazon’s Kindle eBook readers that run Android do so without any mention of Google or Android, or any links to Google services or downloadable content. In fact, in all the ways Google would make money on Android, Amazon inserts its own alternatives and ignores Google’s, taking market share and revenue.

Second, Amazon notoriously subsidizes its Android tablets, selling them at a loss. This is damaging to the marketplace, as Android tablet makers who benefit Google are under-cut, and have their margins and market share cut down to non-existence.

Some have argued that because Kindle Fire users download use and sometimes even pay for Android apps, it’s a win for Google. But that’s only true to the extent that Amazon Kindle Fire tablet sales are being sold to people who would otherwise not buy an Android tablet, a dubious assumption.

Rather than adding Android users who would otherwise not use an Android tablet, I suspect that most Kindle Fire users of the app-downloading sort are choosing a Kindle Fire instead of a tablet made by a company that helps, rather than harms, Google.

It’s easy for Android fans to be idealistic about Android licensing. But if we want Google to continue to be a kick-ass company, and have the resources to invent the future, they need to be realistic where it counts.

Nobody is seriously calling for Google to open-source, say, their Search or AdWords algorithms — to give away the source code and allow competitors to make their own, modified versions of Google Search and use them to compete directly against Google.

And it would be foolish for Google to do this.

So how is Android different? Why should anyone expect Google to open its software to companies that Google is ethically opposed to, or that use Google’s software to take market share from Google’s core businesses?

I’m not arguing that Google should make Android closed, like iOS. I’m just saying that maybe it’s time Google moved to a Tivoized license identical to the current license, but with the small change that Google’s permission is required to use it.

What do you think?