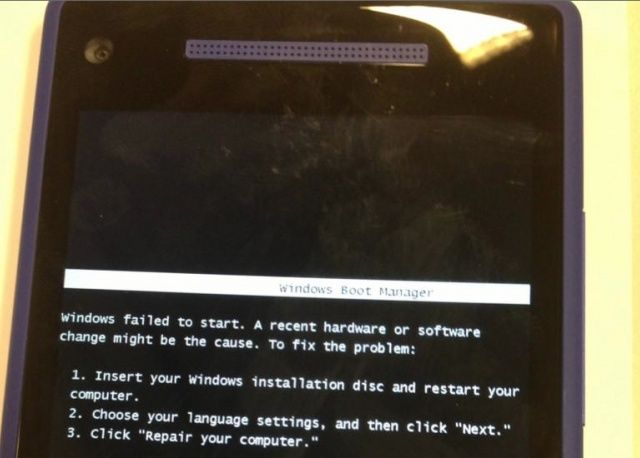 Microsoft’s Windows operating system is often mocked for its blue screen of death, the dreaded error message that appears on an all-too-often basis when attempting to work the computer too hard. And now it seems the company’s Windows Phone platform has a nasty error message of its own.

This particular error message, spotted on the HTC 8X, rather hilariously asks you to “insert your Windows installation disk” and “repair your computer” to continue.

The image was posted to Twitter by Johnny Ruokokoski, who insists it’s not fake. Admittedly, that was by first thought when I saw it. It’s clearly a basic error message that’s part of the Windows platform, which Microsoft didn’t bother updating for Windows Phone devices. But it’s laughable when you see a smartphone asking its user to insert an installation disk. 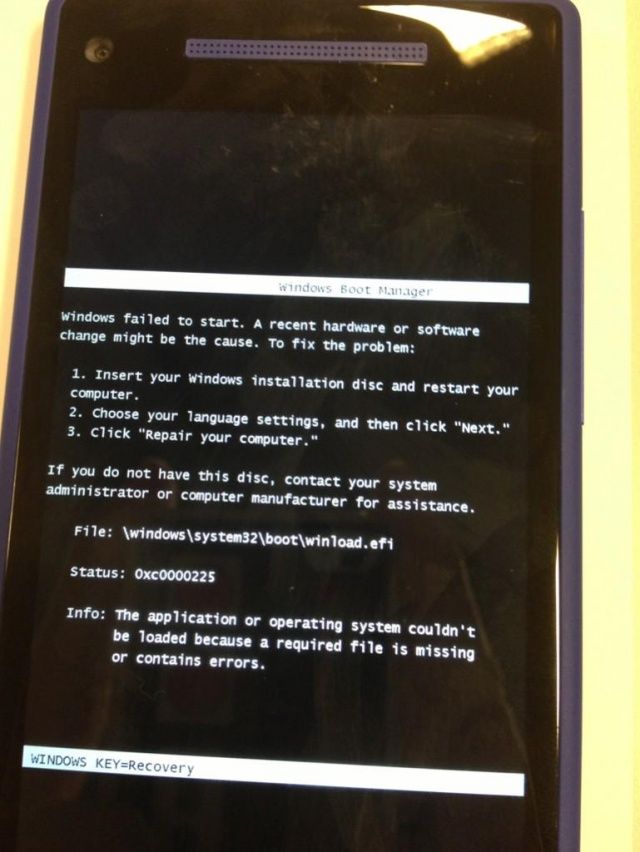 It’s unclear whether Ruokokski’s 8X ever booted up properly again, or whether he’s waiting for someone to release a Windows Phone-compatible external CD drive.

UPDATE: Turns out Windows Phone has a blue screen of death, too.