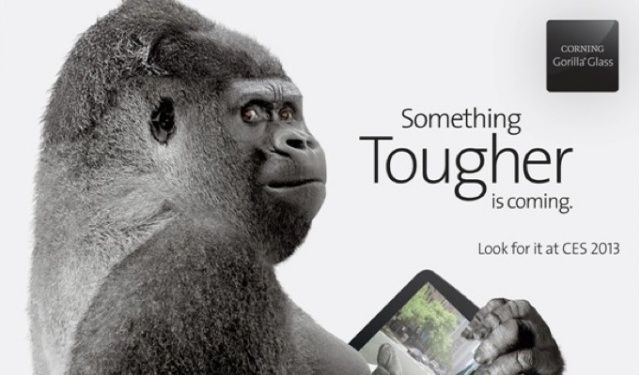 Corning has today announced its third-generation Gorilla Glass, and as you’d expect, it’s significantly tougher than its predecessors. Gorilla Glass 3 boasts a new feature called Native Damage Resistance (NDR), which promises to provide three times the scratch resistance of Gorilla Glass 2. It’ll be on show at CES next week before making its way to the next generation of smartphones, tablets, and more.

If you’ve got a relatively recent smartphone, tablet, personal media player, or portable games console, it’s likely that it employs Corning’s Gorilla Glass to provide you with a durable display that won’t get scratched too easily. Many of today’s devices employ it because it’s so terrific at its job, and it just got a whole lot better.

With Gorilla Glass 3, you can look forward to three times the scratch resistance, a 40% reduction in the number of visible scratches, and a 50% increase in retained strength after the glass becomes flawed. Your next smartphone certainly won’t be bulletproof, of course, but it’ll be nowhere near as susceptible to cracks and scratches.

Corning will be at CES in Las Vegas next week to demonstrate the toughness of Gorilla Glass 3, and we’ll have staff from Cult of Android / Cult of Mac there to check it out. Keep your eye on the site for more information throughout the week.