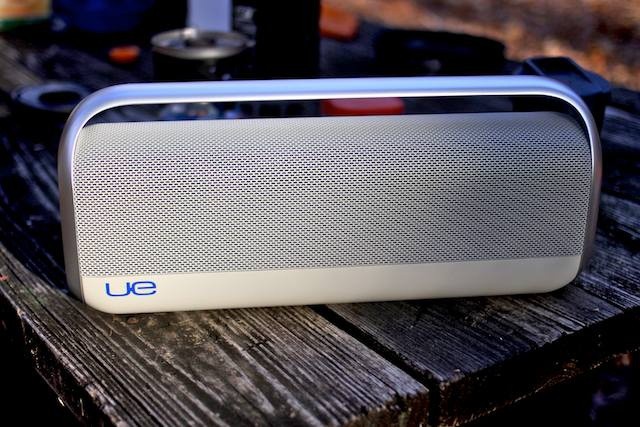 We’re very stingy with our five-star ratings, and it’s even more rare for us to slap all five onto a gadget.  So pay attention — because today we’re awarding the full five stars to the Logitech UE Boombox ($250), a portable, battery-equipped, eight-driver Bluetooth speaker that sounds absolutely astounding. In fact, the Boombox does a better job of rocking out than some non-portable, home systems costing much more.

Powering up the UE Boombox and hearing music play through it for the first time was a bit of, well, a shock.

The first hint that the Boombox was to vault over my expectations came when I hit the power button: A little chord chime signals that the device is powered up. While most power-on chimes are completely forgettable, this sounded like a richer, prettier version of the Mac power-up chime (there are simiar chimes for when the device powers down and when it connects to a Bluetooth source).

The music experience that followed gave me goosebumps; the little speaker is that good. Its eight speakers — two woofers, two tweeters and four passive radiators — produced a heavenly sound quality. The woofers provided a deep, rich bass, the tweeters produced sweet, clear highs. the Boombox doesn’t have room-shattering volume, but it’ll get loud enough, and I couldn’t make the unit produce any discernable distortion even at redline. Everyhting was perfectly tuned for the kind of sound you’d expect users of this speaker to want: solid mids with moderate emphasis at the low and high end. In fact, the UE Boombox sounded better than iPhone dock-speakers I’ve tested that cost significantly more. There’s an auxiliary input for instances when Bluetooth is impractical. Was the quaility of the line-in sound better than the Bluetooth sound? Nope — and that was another surprise.

If nothing else was appealing about the UE Boombox, the way it sounded would be enough to justify a big grin. But UE just kept going.

The Boombox is nothing less than an aesthetic TKO. Rarely does a chunk of consumer electronics look as though it could double as a sculpture — but there it is. Stunningly sexy, yet ridiculously simple; sleek, curvilinear, gorgeous — like a quicksilver orca slipping beneath the waves, or a 26th-century skyship gliding through a cloud-strewn…well, you get the idea. And the design highlights don’t end with eye-candy. The case is fashioned from solid — heavy — metal, not metallic-looking plastic like many of its contemporaries.

On the other hand, I’m not really a big fan of the radioactive shade of blue Logitech has chosen to splash all their new UE products with, and it’s a bit too loud for the Boombox. But it could be much worse.

The Bluetooth radio on UE Boombox simply got out of the way and let the speaker strut its stuff; no connection hassles, no dropped signal (even from way across the living room). The Boombox is also different from many other Bluetooth speakers in that it allows three simultaneous device connections, which means you and two buddies can control the playlist from three separate phones (or three roommates could control the same Boombox simultaneously from each of their computers, etc.)

The battery is rated at six hours, and I seemed to get about five with a continuous connection and the volume pumped up before I needed to switch to the AC cable to keep the party going, and to recharge the battery. That’s not stellar longevity, but it isn’t bad, considering the sound the Boombox is is pumping out.

If you’re looking for a downside, here’s as close as you’re going to get: This thing is heavy. It’s not necessarily all that chunky, and I almost packed it into an overnight bag or suitcase and flew with it on a few occasions; but the fact that it weighs over four pounds — or almost two kilos — makes it juuuust impractical enough to fly with. Pity, because its solid sturdiness and lack of anything obviosuly breakable would make it an otherwise excellent travel partner.

On the other hand, it’s massive handle, wide, stable base, solidness and dual-sided output make it ideal for pretty much everything else: room-to-room portability, taking out onto the porch, throwing it in the car or taking it camping (though obviosuly not backpacking). In fact, to be fair, the UE Boombox isn’t designed to be anything like a travel speaker; it’s a portable home speaker that, remarkably, happens to be almost sleek enough for serious travel.

Oh, here’s the other gripe: I wish the speaker came with track controls. There’s a brilliant Godzilla-sized rocker for volume control that eliminates fumbling to adjust the volume, even if it does make the device feel a little like a Fisher-Price toy. But there aren’t any track controls. I understand the probable reasoning here — keep it simple. And most other Bluetooth speakers also don’t have track controls; but it’d be nice if more did.

Powerful, crystal-clear sound wrapped in a package that manages a harmonious balance between fucntion and beauty; an unbeatable portable streaming speaker at anything close to this price. 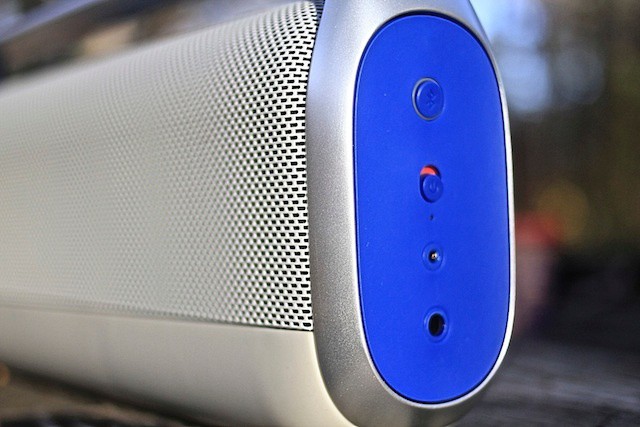 Even the controls follow the whole Zen thing: From the top, the Bluetooth pairing button, power switch, auxiliary input and power port. 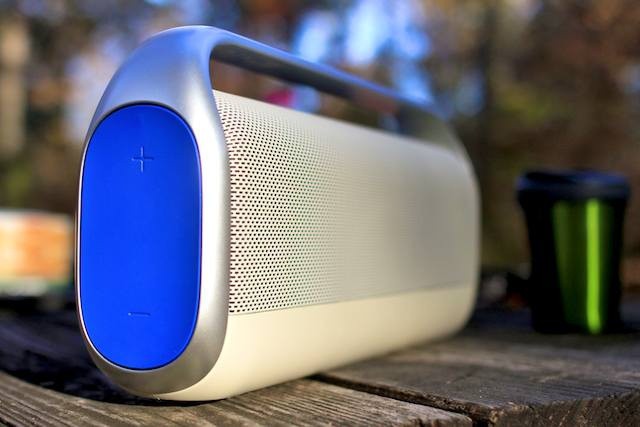 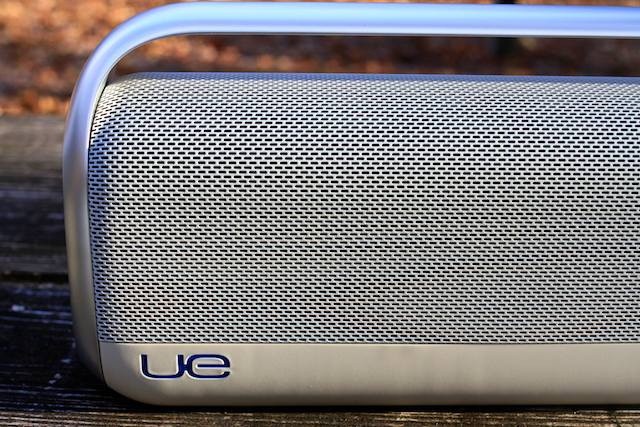 Another little golden design detail: The speaker cover is a robust material that manages to feel satiny to the touch. 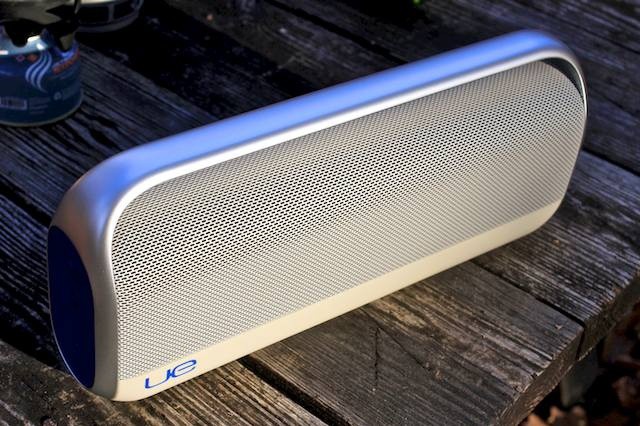