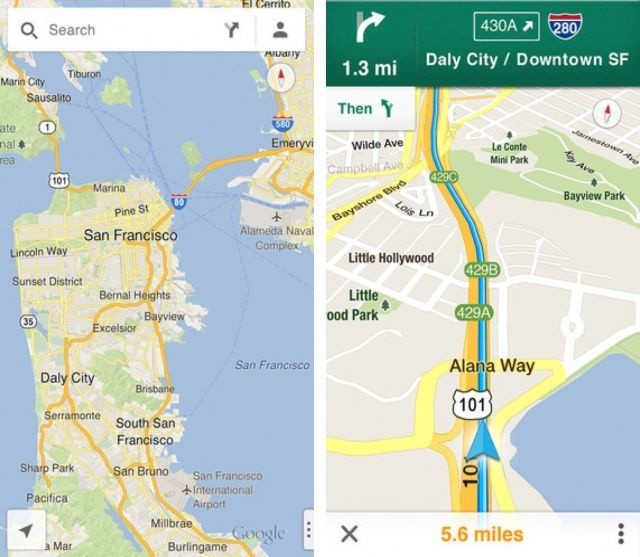 In case you hadn’t already heard, Google finally released an official Google Maps app for iPhone on Wednesday night, and I must say, I think it’s terrific. It’s super quick, it looks fantastic, and it brings back all the mapping features you had on your iPhone before Apple gave Google Maps the boot — including Street View and transit directions. Google has also thrown its own turn-by-turn navigation into the mix for good measure.

In fact, the new Google Maps app for iPhone is so good that Google admits it’s better than the Android version. It also promises an iPad version is coming soon.

David Pogue of The New York Times got an early hands-on with Google Maps before it made its App Store debut yesterday, and he published a fairly lengthy review detailing its new features. Pogue calls the new app “a home run,” and “an astonishingly powerful, accurate, beautiful tool.”

He also mentions some interesting things about Google’s thoughts on the app:

The brand-new, completely rethought design is slick, simple and coherent. Google admits that it’s even better than Google Maps for Android phones, which has accommodated its evolving feature set mainly by piling on menus.

So Google concedes that the new app it has developed for a rival platform is better than that it developed for its own platform, despite not having all of the same features. With that being the case, I’m sure it won’t be long before Google Maps for Android is updated to be a little more like its iOS counterpart.

In addition to this, Pogue mentions a Google Maps iPad app, which Google says is coming soon:

Finally, although Google Maps runs fine on the iPad, it’s just a blown-up version of the iPhone version. There’s not yet an iPad-specific app.

Google says that goodies like those will be coming soon.

There are some downsides to Google Maps on iOS, of course, and Pogue points these out. For example, as it’s a third-party app, it doesn’t integrate with Siri, and when you open addresses inside other apps, you’ll still get Apple’s own Maps app by default. But Google Maps is fast, accurate, and very pretty.