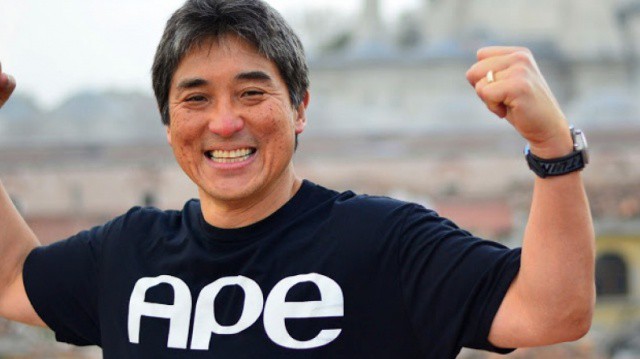 Guy Kawasaki was one of the Apple employees behind the legendary marketing of its 1984 Macintosh, and he’s well known among the Apple community for being a former evangelist of the Cupertino company. You might think, then, that when Kawasaki’s phone rings, it’s an iPhone he pulls out of his pocket.

Well that couldn’t be further from the truth. Kawasaki’s a diehard Android fan, and he has been for about a year. He no longer uses any iOS products at all — not even an iPad.

People are kind of amazed, but I don’t use any iOS products, none at all,” he told ReadWrite. “I fell in love with Android on the smartphone, and then I got a Nexus 7 and started using Android on the tablet as well. To me the great irony is that Apple’s slogan was ‘Think Different,’ but today if you think different you’re looking at Android.”

So why did Kawasaki switch to Android in the first place? Because he wanted fast 4G connectivity, and it wasn’t until a few months ago that the iPhone finally got 4G: “Apple touts itself as the leading edge of smartphones, so why was it still running on a network that was 10 to 20 times slower?”

“If there was something compelling about the Mini I would switch in a second, but what’s compelling? Why switch?”

Kawasaki also likes the fact that Android smartphones offer NFC connectivity, “true multitasking,” and the ability to sort apps into alphabetical order (automatically). And then there’s the cable.

“Another thing I like with Android is they don’t have some stupid proprietary cable. I can go to any hotel front desk and if I’ve forgotten my cable they always have a micro-USB around. I can use my Nexus 7 and it’s on the same cable as my Samsung Galaxy S3. What a concept! A standard cable.”

I know what you’re thinking: Samsung sponsored Kawasaki’s last book, What The Plus!: Google for the Rest of Us, and all of a sudden he’s an Android user.

Well, according to Kawasaki, that has nothing to do with it. He insists that’s not why he switched, and that he simply, and honestly, just thinks Android’s better.