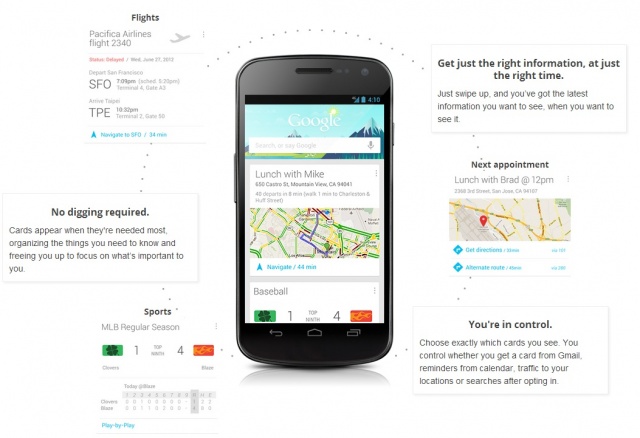 The long running science and technology magazine with 58 awards under its belt has just crowned Google Now the software innovation of the year. A well deserved award for software that virtually reads your mind, feeding you the information you need before you need it and without you having to ask for it. It’s borderline creepy, but once you get over the whole “Google knows everything about me,” it’s actually an extremely useful tool to have.

I assume the majority of you know what Google Now is, but for those of you still waiting for it or simply new to Android, let me give you the semi-short version.

Google Now was introduced in Android 4.1 (Jelly Bean) and builds off of Google’s extensive search functionality. While Google had voice actions well before Apple, Apple gave those queries a voice that talked back — you know it as Siri. Google Now takes that personal assistant one step further by recognizing repeated actions that a user performs and intelligently predicting what information that user will need, before they need it. That information is then displayed in an easily readable format called “cards.”

Example: You drive the same route everyday to work. Google recognizes this thanks to the GPS, Maps, and Navigation information you’ve shared with them (if you’ve chosen to). Using this information, Google Now will automatically display traffic information, estimated time of arrival, etc. for that route, before you ever even ask for it. Just take a look at your card and there it is!

Another example would be if you’re a sports fan and often checking stats, games, etc. of your favorite teams. Google Now will recognize when a game is being played and automatically keep you up-to-date on the status, score, etc. No need to search for the score, or what time the game is on; it’s all there as soon as you open your phone.

For a better look at Google Now, you can visit http://www.google.com/landing/now/

And here’s what Popular Science Editor Jacob Ward had to say about Google Now.