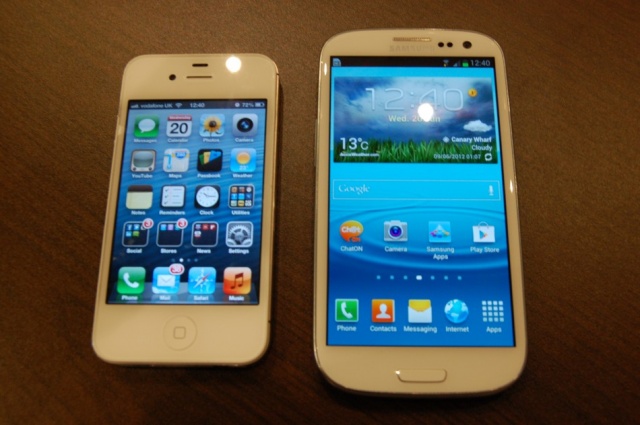 Too expensive and too uncontrolled?

Microsoft CEO Steve Ballmer was at the Churchill Club in Santa Clara this week to be interviewed by LinkedIn co-founder Reid Hoffman. One of the most interesting subjects he talked about was Microsoft’s Windows Phone platform, and how it compares to its two main rivals, Apple’s iOS, and Google’s Android.

As you might expect, he didn’t have many good things to say about his competitors. In fact, he called Android “wild” and “uncontrolled,” before saying the iPhone is too expensive and too controlled. Windows Phone, he feels, sits in a sweet spot between the two.

Ballmer highlighted that Google’s Android ecosystem is “wild” from an app compatibility perspective, and that the company’s open, “uncontrolled” approach means that its devices are susceptible to malware. “Conversely,” he said, “the Apple ecosystem looks highly controlled and, by the way, quite high priced.”

Ballmer noted that when the iPhone went on sale in Russia last week, it cost upwards of $1,000, and he believes Apple will struggle to sell its smartphone there at that price.

“So the question is, how do you get the quality, but maybe not at the premium price, with a controlled, but maybe not quite as controlled ecosystem?” Ballmer said. Well, with Windows Phone, of course, which offers “the best of both worlds.”

Ballmer feels Microsoft’s mobile platform sits at a perfect juncture between its rivals. He says that it gives users the safe, controlled ecosystem you get with Apple devices, but with the price and diversity that you get with Android devices.

Ballmer also pointed out that Microsoft works closely with software developers, while, he says, Apple and Google do not. And he had a sly dig at Apple’s “Maps debacle,” after proclaiming that Windows “just works.” Where have I heard that before?

Admittedly, Microsoft is certainly on to a good thing with its Windows Phone platform. While it may be struggling to gain traction, I’ve used Windows Phone devices and I’m very much a fan of them. However, I’m not sure I completely agree with Ballmer. Apple and Google are clearly doing things right, even if their products don’t cater to everyone’s needs.

What’s more, I can’t help but remind myself of Ballmer’s famous dig at the iPhone after it was announced in 2007, during which he mocked its price tag. Check out the video below if you haven’t already seen it.