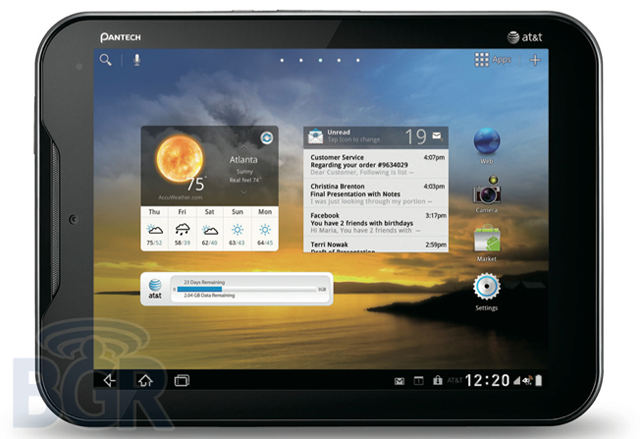 While most companies are going to wait until CES to launch their newest products, AT&T appears to have other plans. BGR has received word that AT&T plans to lanuch the Pantech Element this Sunday, ahead of CES. This 8″ 4G LTE device will features an IP578 waterproof rating (which means splash resistant, not waterproof) along with:

It’s funny, because just the other day I was wishing for a waterproof Android tablet to install in my shower/bath (I’m actually not kidding). Looks like I’m one step closer to making that a reality. The price isn’t that bad either. You’ll be able to pick one of these up on-contract for $299.99 or off-contract for $449.99. I would have preferred a $399.99 off-contract price but given the current trends of Android tablets, I’m sure that’s not far off.

What do you guys think? Looking for a tablet that can be used as a shield during a summer Super Soaker fight? If so, be on the lookout for this device to hit AT&T sometime this weekend.