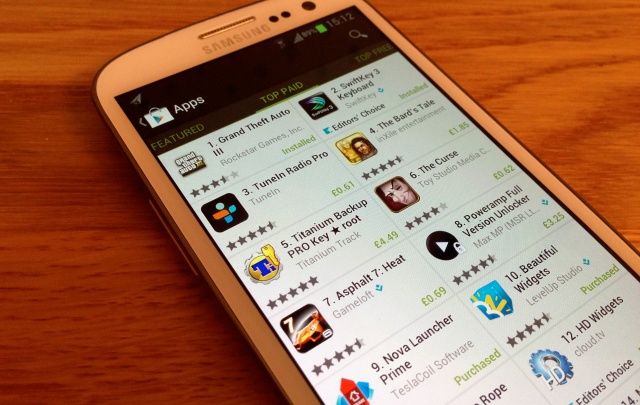 Since its debut back in 2008, Apple’s iOS App Store has held the crown for the largest library of mobile apps and games available. That’s no longer the case, however, as its biggest rival, the Google Play store, has now caught up. Today Google announced that it now offers over 700,000 Android titles.

That eliminates one of iOS’s biggest advantages over Android. Apple has always touted the massive selection the App Store provides to iPhone, iPad, and iPod touch users over rival mobile markets, but now Android users have the same selection to choose from on their own devices.

What’s more, the makes the situation even harder for the likes of Microsoft, whose Windows Phone Marketplace offers a mere 100,000 apps. BlackBerry App World narrowly beats that with around 105,000 apps at last count.

Apple would argue, however, that its own App Store is the most successful of the four. The Cupertino company announced during its recent iPad mini unveiling that it has now paid over over $6.5 billion to iOS developers over the past four years, while a struggle against piracy prevents Android developers from earning quite as much.

Apple would also argue that it’s also about quality, not just quantity. But that’s a debate that could rage on for hours among Android and iOS fans, so I think I’ll leave it there.