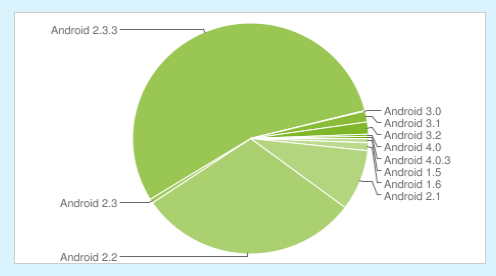 Our favorite tasty treat has finally made it onto the Android platform distribution chart (albeit a tiny sliver of a slice). Google puts out these distribution charts to allow developers to see who’s rocking what, when it pertains to versions of Android. This helps prioritize development and support for future and current apps. This is the first time we’re seeing Android 4.0 (actually 4.0, 4.0.2, and 4.0.3) show up in the chart, and I have to admit, it feels nice to be noticed. There’s a lot of other interesting percentage to note, so let’s take a look at which versions of Android are heading the pack and which are following behind. 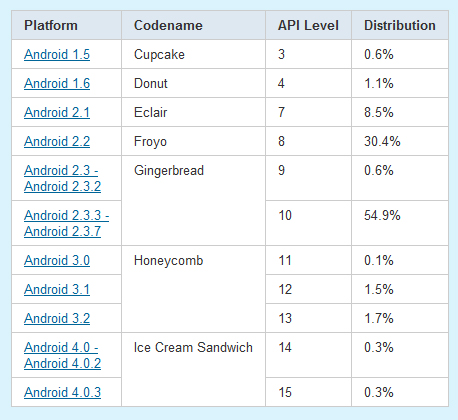 Android has come a long way in such a short time, and I expect the Ice Cream Sandwich numbers to begin rising after CES. Which Android platform version are you on?