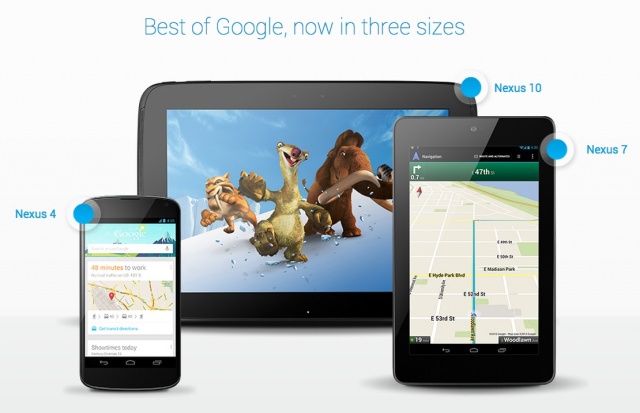 Today, Google announced two new Nexus tablets — the Nexus 7 and Nexus 10 — which will go head-to-head with more established competitors like the iPad, the iPad mini and the Kindle Fire HD. But how do they stack up?

Here’s a chart comparing the specs of each device:

Please scroll the table left and right to see all of its contents.

What’s the take away? Bang-for-the-buck-wise, the Nexus 10 probably has the best specs of any of these devices, although if you want LTE, you need to buy an iPad or high-end Kindle Fire HD 8.9. The iPad mini is the most expensive of the 7-inchers, but it’s also the thinnest and lightest of them, and the only one that comes with LTE.

What do you think? Are Google’s Nexus devices compelling, or will you be buying a Kindle or iPad instead? Let us know in the comments.