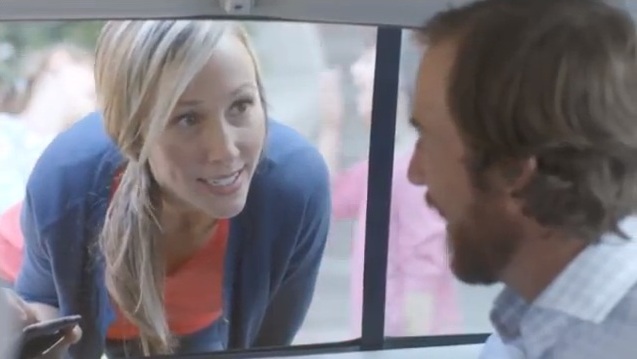 Want to know why Apple doesn’t use NFC? Because no one at Apple has as cool a wife as the one in Samsung’s latest Galaxy S III commercial. Samsung shows off the spicy side of their S-Beam feature (you know, “that thing”), which uses NFC and Wi-Fi Direct to “beam” content between compatible devices.

The video starts off sweet with a dad leaving for a business trip and his cute daughters sharing a video they made for him to watch during his flight. Then his lovely wife turns up the heat with a video of her own — YOWZERS!

I think she makes a good case for NFC support, how about you?